The Host gets new poster 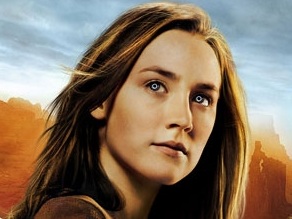 This is a momentous week film fans! The Twilight Saga is finally ending and soon it will fall into the pit of obscurity where it belongs. Huzzah! The streets outside BFF Towers are filled with people singing once again! The joy will not last as Stephenie Meyer sadly did not have her hands amputated like we all wished and she has in fact got another tweeny bopper book out which is being transferred to the silver screen.

The Host basically seems to be the same breed of sexually repressed, christian metaphory rubbish but this time with a parasite rather than a vampire. Funnily enough parasite is normally the word that comes to mind when we think about Meyer. The film version of The Host will star Saoirse Ronan as Melanie Stryder, one of the surviving rebel humans left after the world’s population has been taken over by aliens who use people as host bodies. The Host then is basically a rehash of every single other film of this ilk ever made but we fear without the stomach bursting fun of Alien and limb splicing larks of John Carpenter’s The Thing. No, The Host will be full of love and more people with strange coloured eyes. Check out the funky contact lenses below: 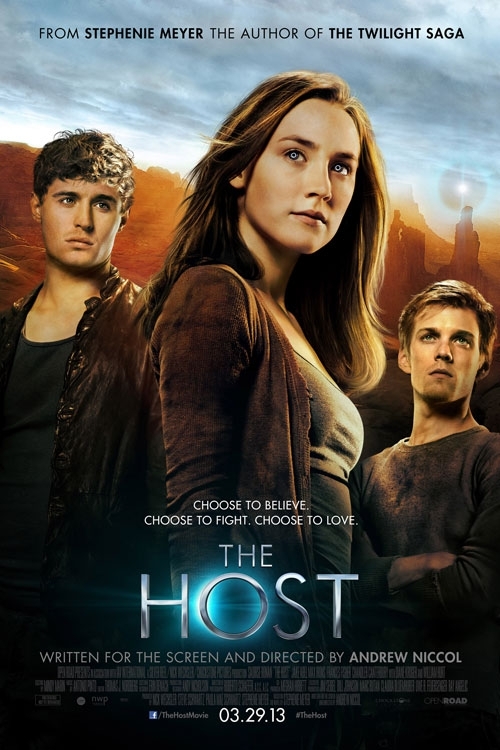 ‘Choose to Love’? Considering The Host already seems like a syphilitic metaphor we think we might run as far away as possible from this one. Still, we have Mary, Queen of Scots also staring Ronan to look forward to. Hopefully that will eradicate The Host from our minds forever.

In case you are actually interested in The Host there is a teaser trailer:

Previous: DC Comics characters team-up (it’s not the Justice League)
Next: Anchorman 2 will have musical numbers