The Human Centipede II is passed for UK release 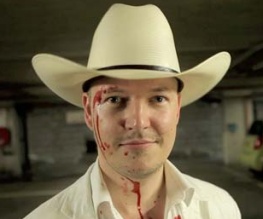 In a shocking U-turn, the BBFC has now approved the release of the follow-up to 2009’s The Human Centipede (First Sequence), in which a depraved doctor sewed three hapless tourists together at the mouths and anuses in an effort to create a composite creature with one digestive system. The sequel revolves around a man who is obsessed with the first film and attempts to recreate the depraved experiment on a larger scale, with only a staple gun and a bottle of laxative to help him.

The BBFC demanded two minutes and thirty-seven seconds of cuts, which are described on its website as:

Charming. In June, this film was said to “pose a real, as opposed to a fanciful, risk that harm is likely to be caused to potential viewers”. Has cutting a sandpapery wank really changed that?

What do you make of this unexpected decision? Let us know below!