The Muppets are back! 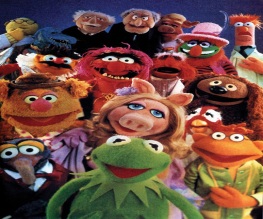 The last instalment from the Muppets was released in 1999 in the form of Muppets from Space. After twelve years of waiting we were beginning to think that maybe they had gone into retirement but, praise be to the puppeteer, they’re back! This time the script has been written by none other than the big names of Forgetting Sarah Marshall; Jason Segal and Nicholas Stoller.

The movie follows a group of friends who are on holidays in LA from Smalltown, USA. Walter, who is the world’s biggest Muppets fan, discovers the plans of Tex Richman (Chris Cooper) to demolish the Muppets’ theatre in order to dig for oil. The friends cannot let this happen so they go about reuniting the Muppets so they can raise $10 million to save the theatre.

The Muppets have all gone their separate ways; Fozzie is performing in a Reno casino tribute band called the Moopets, Miss Piggy now holds the position of fashion editor in Vogue Paris, Animal is in a Santa Barbara clinic for anger management and Gonzo is a high powered plumbing magnate.

There are promises of big name cameos, although as far as we’re concerned the cameos will only be the icing on the cake. It’s all about the Muppets, mark November 23rd in your calendar!

Previous: Gemma Arterton and Saoirse Ronan to star in Byzantium
Next: Fassbender will vamp it up