The Rock to play Hercules 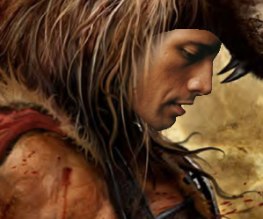 You’re too good to us, The Rock. It’s only a week since we marvelled at the People’s Hulk, and as if that wasn’t enough of an early Christmas present we’ve just received word of the casting choice of the year. THANK YOU, THE ROCK!

You may recall that back in February we heard a rumour about Brett Ratner (boo) and his plans to adapt a graphic novel series loosely based on the legend of Heracles. Specifically, the rumour was that Dwayne ‘The Rock’ Johnson was considering the starring role. After eight and a half months of Googling ‘The Rock Hercules please be true’ every single day, we’ve finally received confirmation that the Rock will be cutting a swathe through the ancient world.

Look, we’re not just being sarky and we’re honestly not that obsessed with the Rock (well, maybe a bit). But roles like this are the Rock’s bread and butter – and with Gerard Butler on seemingly permanent secondment to Hollywood’s rom-com division, someone needs to take over as the principal badman of the ancient world. The Rock breathed new life into the Fast and the Furious franchise with Fast Five, and it looks as if he’s about to make GI Joe watchable too – why can’t he do the same to Greek myth? At least fucking Tarsem Singh’s golden gods are currently nowhere to be seen, and there’s always the hope that Henry Cavill will be crippled (curse of Superman, yo) before Immortals 2 rolls around. Sword and sandal action is at a low ebb, and if there’s one thing that can save the genre from the inevitable kiss of Adam Sandler it’s a long, hard, brutal injection of The Rock. Not just any rock, The Rock. You don’t get to drop the Rock’s definite article.

There’s just one bit of bad news for mythology fans – this adaptation of Hercules is defiantly anti-supernatural, eschewing the Greek hero’s traditional Labours in exchange for making him some sort of pre-Christian version of Tom Cruise in The Last Samurai. Ryan Condal’s adaptation of Hercules: The Thracian Wars will see the Rock and six of his most hard-bitten Hellenic allies training up an army for the king of wherever before (probably) kicking ass and taking names all over the Near East. Still, if you’re desperate to see the Rock administering the People’s Elbow to a hydra or whatever then don’t forget about Lore, the forthcoming cross between Men in Black and Hellboy in which the Rock plays… well, a cross between Agent J and Hellboy, co-opted into a secret society sworn to keep the worlds of Reality and Mythology separate. GO ON, THE ROCK, FUCK THAT CYCLOPS IN THE MASSIVE EYE.

Is this all a bit OTT? Be honest, we can take it. Especially when The Rock’s dishing it out *wink*