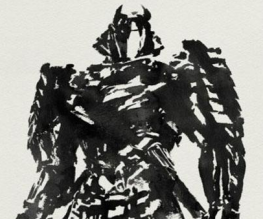 The Wolverine is shaping up rather nicely. We never would have expected a film starring The Jacked Man Hugh Jackman to be the low-key superhero blockbuster of the year, but with the bombastic Iron Man 3, Man of Steel and Thor: The Dark World dominating 2013, The Wolverine is taking a backseat, which is just where we like ’em. Please don’t take that comment out of context – Hugh Jackman has a restraining order.

The latest poster is once again in the traditional Japanese ink-print style, and is of The Wolverine‘s antagonist Silver Samurai.

Aim your red eye-lasers at this beauty: 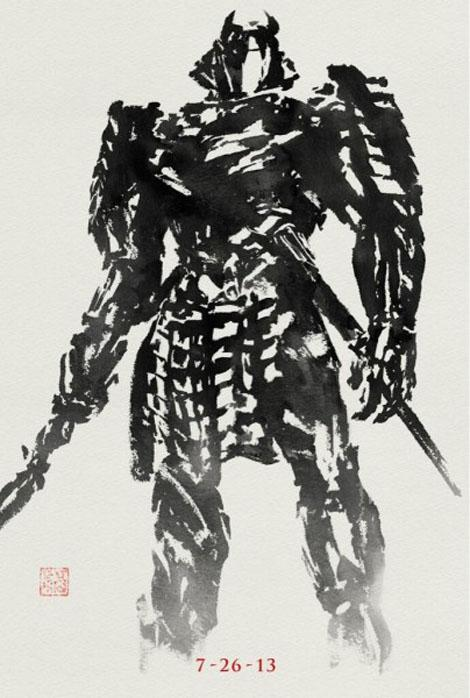 Gorgeous ain’t it? Will Yun Lee will be playing the part of the Silver Samurai (despite not being Japanese), you may remember him from such feature films as Red Dawn (off to a great start), Total Recall (oh dear), Elektra (this isn’t going well) and Die Another Day as General Moon (the cherry that tops the cake of poo that is his career, really).

We’re being unduly harsh to poor Will Yun Lee. He’s never terrible in a role, he just gets stuck with stereotypical Asian roles roles in Hollywood films. Either they’re martial artists, cooks or super smart guys in college – not much room to emote there. Hopefully The Wolverine won’t misuse his undoubted talent.

The Silver Samurai is a mutant able to channel energy into his sword to give it the ability to cut through any material… except adamantium. You can see where this is going – an unstoppable force meets an immovable object. It also sounds rather reminiscent of the game Metal Gear Rising, which was fantastic, so there had better be a scene where the Silver Samurai cuts through an entire skyscraper. OR ELSE.

The Wolverine faces off against Silver Samurai this July in UK cinemas. Come and join us in our tempered anticipation, won’t you?

Previous: The Great Gatsby Vs Kanye West: Double KO
Next: Men in Black 4 gets a writer