Tim Burton’s next will not be in 3D 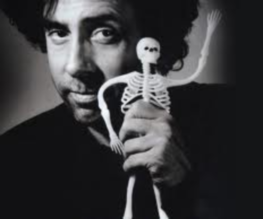 You can almost hear film fans around the world releasing a perfunctory ‘meh’ at the news that Tim Burton’s latest film Dark Shadows is not – I repeat, NOT – going to be in 3D.

Burton, who is releasing an adaptation of the 60s gothic soap opera of the same name, has come out in defence of those against the 3D revolution by saying “people should have a choice” and that it shouldn’t be “forced on anybody”. How understanding of you, Tim.

Despite the obvious casting of Johnny Depp and Helena Bonham Carter, which no-one even bats an eyelid at now, Dark Shadows looks like it’s got a pretty awesome cast, including Chloe Moretz, Jackie Earle Haley, Eva Green and Michelle Pfeiffer.

The story is set in the 70’s and follows Depp’s Barnabus Collins, a vampire (yawn) who awakens from a two-century slumber to find his estate and family in ruins. Don’t panic, there’ll be some shadows and gothic clothing or something too. What is he like, eh?!

Previous: Hobbit films get names and release dates
Next: New trailer for 50/50