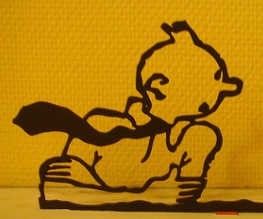 If, like all of us, you spend most of your time wondering when you’ll finally get to see the new 3D Tintin film, we’re sorry to tell you that the wait is going to be long. Although the filming was finished earlier this year, producer Peter Jackson (of LOTR, like you needed reminding) has informed the press that the film will take another two years of post-production. Why Peter? Why do you torment us so?

Tintin, the permanently surprised journalist is the star of a trilogy of pastel-coloured books. The first to be transferred to the big screen is entitled, wait for it, Tintin and The Secret Of The Unicorn. Yes. All our dreams just came true.

Jackson is very optimistic about the film (who can blame him,) stating, “”Tintin is great. It’s made. The movie is cut together and now [we] are turning it into a fully-rendered film. So the movie, to some degree, exists in a very rough state.” But with two more years of post-production fancyness on the way, we mere mortals will just have to hold our breath until Jackson gets this out of his system and concentrates on The Hobbit, like he’s supposed to.

Previous: King Kong Is A Killer At Auction
Next: Green Lantern on the Go