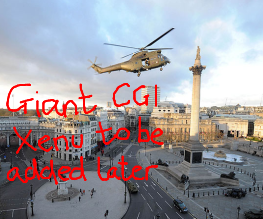 Tom Cruise was spotted hanging around an empty Trafalgar Square on Sunday morning, when filming for All You Need Is Kill took advantage of an empty and forsaken London. In the typical crazy Xenu-hating couching-jumping fashion, the scene included an RAF helicopter and Tom Cruise dressed in his costume from Valkyrie. There really isn’t much else to be said, other than “that’s pretty odd”.

Here are the unsarcasticated photos. As ever, click to embiggen: 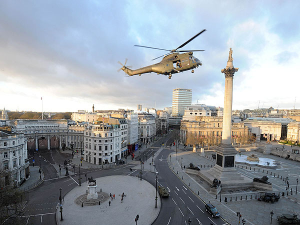 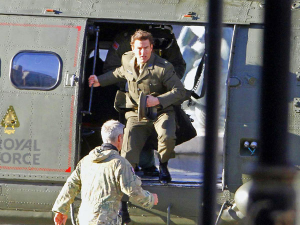 Tom Cruise and All You Need To Kill will be smashing its way out of your sanity and into your hearts in March 2012.