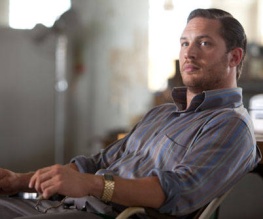 Inception actor Tom Hardy has been cast in Christopher Nolan’s untitled Batman project, the third in the rebooted series.

Hardy, who is perhaps best known for playing the eponymous criminal in 2009 film Bronson, was well received in Inception for his role as Eames, the laconic English forger who has developed the ability to physically impersonate people inside the dream world.

If we take it as read that Hardy’s character will be fairly significant and that the role of Robin has not been massively rewritten, it seems incontrovertible that he will be stepping up to the plate as one of Batman’s many opponents. But who? We’ve already heard rumours about Killer Croc, and if playing a scaly thug isn’t up Tom’s street then there are oodles of other villains waiting in the wings. The Riddler, The Penguin, the particularly shit Calendar Man… the possibilities are endless, and we’ll have to wait until 2012 to see him in action. Plenty of time to speculate!

Who would you like to see Tom Hardy play in Batman 3? Let us know below!