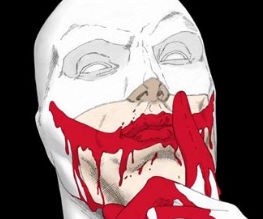 20th Century Fox has acquired the rights to Mark Millar and Steve Niven’s graphic novel, Nemesis, and Tony Scott has signed on to direct.

Millar wrote the graphic novels that provided the source material for Wanted and Kick-Ass, so Best For Film is understandably giddy at the news of this latest Mark Millar adaptation.

Promoted with the line, ‘What if Batman was the Joker?’ Nemesis reads like a twisted take on Batman’s origin story, which sees billionaire genius Matt Anderson seek to avenge his parents’ death. Unlike Bruce Wayne however, Matt Anderson is a sociopathic villain, just like his father before him. As super-villain Nemesis, Anderson uses his billionaire resources to seek revenge against the police officers that ruined his parents’ lives and robbed him of his childhood.

Millar has said of the project: ‘I’m more than excited… Tony said this was a very timely project and Fox want to get this moving as soon as possible. Next up is a script and the writer we talked about did one of my top five movies of all time. The actor he’s shooting for as the lead character is going to blow your socks off.”

Sounds we’ll have a lot more to be excited about over the coming months.

Previous: Bounty Hunter
Next: From Paris With Love: DVD Review