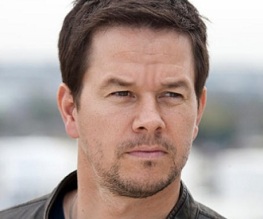 Earlier this week rumours started dripping from some of the more undernourished mills of the internet, speculating that Mark Wahlberg and Michael Bay were in talks for the ex-rapper and future president (imagine it…) to star in the next instalment of Transformers.

Thus far it’s understood that the as-yet untitled fourth edition of Bay’s ongoing machine-porn mega-franchise will not star Shia LaBeouf, who until now has been the hyperactive cotton ball of hormones at the centre of it all.

It’s not entirely difficult to imagine Wahlberg on board such a project, despite having never been attached to a franchise. With his block-like physique, endearingly dim enthusiasm and hot temper, perhaps all this smoke and mirrors business about a starring role is actually cover for a place among the robots…

However, before we could even get our hopes up, Michael Bay took to his official website earlier today and stated “The Mark Wahlberg T4 rumor is just a rumor. Mark and I are talking about another film project.” The pair are currently working on Pain & Gain, a Miami-set action-comedy about bodybuilders who become embroiled in a scheme of extortion and kidnapping. Given Bay’s penchant for sequels, this other film project he and Wahlberg are discussing may well be Pain & Regain. Oho.

Despite his quashing of the rumour, Michael Bay talks encouragingly about the future of the Transformers vacuum, hinting at a “new direction”. He ponders, “I want to go a little off but I don’t want to go too sci-fi. I still want to keep it grounded.”

Transformers will be staying its good-old grounded self, then.