What’s next from the Coens? 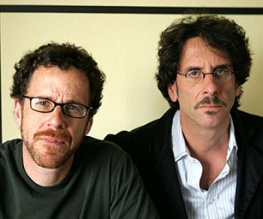 After the box-office success of True Grit, The Coen Brothers are rumoured to be planning a horror film. Let’s hope so because, if you remember the palatable sense of dread they created around Javier Bardem’s character in No Country For Old Men, they’re liable to come up with something truly terrifying. It is, however, hard to say for sure what’s up next from them as they are (as usual) working on several scripts at once.

They’ve finished Gambit, which was just a writing job and will be out next year. A remake of the Michael Caine con-man caper from 1966 its to feature Colin Firth and Cameron Diaz (together at last) and will be directed by The Last Station’s Michael Hoffman. The brothers are also said to be planning Old Fink, a sequel to Barton Fink, their Palm D’or winner from 1991, although that won’t see the light of day for some time as John Turturro’s not old enough yet.

There were also plans for them to write and direct an adaptation of Micheal Chambon’s novel The Yiddish Policemen’s Union. But as there’s been no news regarding that particular project of late, we can assume the fright-fest, which Ethan has referred to as ‘a full on horror movie,’ will happen first.