Will Ralph Fiennes be replacing Judi Dench in Skyfall? 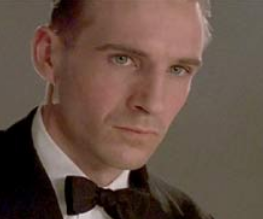 We’ve known for a while now that Ralph Fiennes will be joining what’s swiftly becoming known as The Greatest Bond Cast Eva (Craig, Javier Bardem, Albert Finney, Helen McCrory, Naomie Harris, Bérénice Marlohe, Ben Whishaw…), but as yet we’ve been in the dark as to what his role will be. Well, it looks like he might be playing Judi Dench. Sort of.

According to an unnamed source (God bless the internet) working at EON productions, Fiennes will be playing the government agent that will come to replace M – Judi’s role for the past 6 Bond outings. We already know that Skyfall will centre on a breach of trust with Mi6, causing tensions between Bond and our beloved M – but is that really a reason to oust her? Dench has become a stalwart of our 007 consumption, and it will be quite the wrench to say goodbye to her. But then, if the country’s national security is at risk, well… her majesty has to come first.

More on this as we get it. We trust director Sam Mendes, so wherever he’s going, we’ll follow. For all we know Judi might be replacing Danny Craig – would anyone really be that surprised?