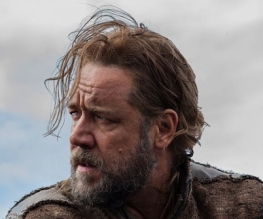 Lucky Ol’ Rusty isn’t allergic to hessian isn’t it? That man has worn his fair share – as Gladiator, the questionable Robin Hood, and now he’s donning his roughspun hemp, and what appear to be some biker gloves, once again for Darren Aronofsky’s Noah. The team behind the biblical epic, currently shooting in Iceland, have released the first image of Crowe all dressed up and beardy, looking wearily out into the middle distance and worrying about the tidal swell.

Director Aronofsky will be playing fast and loose with his Biblical interpretation and has been having a field day with his increasingly cryptic tweets and silhouetted shots of stuff that might be part of a giant’s leg and might be a pile of rocks. The Nephilim – ‘heroes of old, men of renown’ – who were the cause of the flood in some readings of Genesis, will be playing a key role. The offspring of the ‘sons of God’ (fallen angels) and ‘daughters of men’, the Nephilim were polluting the blood line of men, so God thought he’d have a couple of clicks on his celestial back space and just start again. A 12 foot giant called Og, Last of the Rephaim, will also be getting a look in, riding atop the Ark for the duration of voyage, as well as six-armed angels called ‘Watchers’ who lend Noah a helping hand. What with all these debatable biblical characters cropping up, Noah seems to be sailing straight for fantasy epic territory, which is fine by us, we love a good fight to the angel/demon death as much as the next mortal.

We’re a little bit dubious about the arrival of Ray Winstone as Tubal-cain, a descendant of Cain (obvs) who just quietly got on with being a blacksmith for the duration of the Bible, but will here be portrayed as the villain, Noah’s ‘nemesis’ no less. 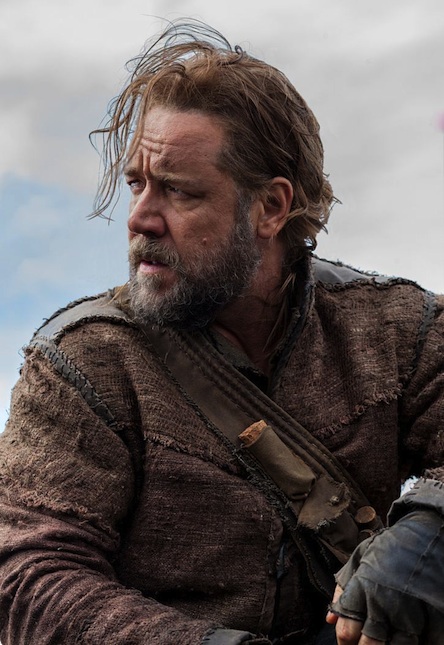 Exciting stuff. Unfortunately Russell, Ray, Jennifer Connelly, Emma Watson and Anthony Hopkins won’t be sailing onto our screens until March 2014. In the mean time, here’s a picture of a puffin to tide you over. 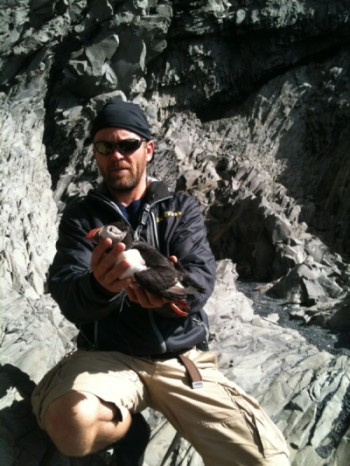 Previous: Jeremy Renner complains all the way to the bank
Next: Red Dawn trailer and poster hit the web