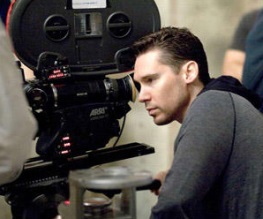 God, Marvel really don’t mess around. Even though we’ve got more than five months to wait until X-Men: Days of Future Past arrives on our screens, resurgent series director Bryan Singer has taken to Twitter to announce plans for a sixth X-Men film (eighth if you count the two stand-alone Wolverine flicks).

SO, this is exciting. For those not in the know, the Apocalypse storyline has a few things that make it a tempting target for the Marvel machine. Like Days of Future Past, it involves time travel (double the timescale, double the popular characters!) and as far as we can make out, it stars Cyclops and Jean Grey even though they’d been killed off in a previous comic arc, just as they have in the films. Right now, Famke Janssen is crossing her fingers so hard she’s giving herself arthritis – but with at least two and a half years before the promised film actually emerges, we doubt she, or we, will be hearing anything soon. Some online sources are bandying May 27th around as a release date, but it’s unlikely anything that specific would have been agreed yet.

Oh, one more thing – presumably, Apocalypse will be in it. Guess what sort of a dude he is. Will you ever stop being excited about new X-Men movies? No, us neither.