X-Men: Days of Future Past means more Magneto for your money 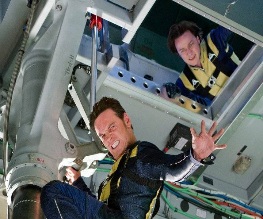 X-Men: Days of Future Past, the sequel to X-Men: First Class, will be giving fans a further look at the character of former X-Men ally Magneto. Director Bryan Singer has revealed that having both Magnetos Ian McKellen and Michael Fassbender star in the follow up will give him more opportunities to explore the ‘moral conflict’ within Magneto.

Singer, also the brains behind X-Men in 2000 and X2 in 2003, said: “With both McKellen and Fassbender in the picture, so we deal both points of view on both sides and really explores the relationship between Xavier and Magneto and the evolution of relationship; where it came from and where it’s going”.

He added that the sequel, set ten years after the events of X-Men: First Class, will be shot and released in 3D, and will have a sci-fi element to it. With Singer behind the wheel, at the very least it will be better than X-Men: The Last Stand. Also, if the plot involves First Class stars James McAvoy and Michael Fassbender sharing the screen for extended periods of time, then we’re all in for treat – visually and otherwise. X-Men: Days of Future Past boasts one heck of a cast including Jennifer Lawrence, Patrick Stewart, Anna Paquin, Hugh Jackman and Halle Berry.