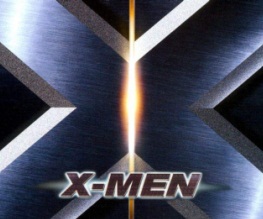 X-Men First Class has been shooting for a few months now and in an unusual move, 20th Century Fox have decided to reveal the plot synopsis of the latest instalment in the comic book saga. Directed by Matthew Vaughn (Kick-Ass), First Class is a prequel to the other X-Men films and charts the history of the mutant superheroes. For those of you who can’t wait for it’s worldwide release on June 3rd 2011, here’s a taster of what you can expect:

“First Class charts the epic beginning of the X-Men saga, and reveals a secret history of famous global events. Before mutants had revealed themselves to the world, and before Charles Xavier and Erik Lensherr took the names Professor X and Magneto, they were two young men discovering their powers for the first time. Not archenemies, they were instead at first the closest of friends, working together with other Mutants (some familiar, some new), to stop Armageddon. In the process, a grave rift between them opened, which began the eternal war between Magneto’s Brotherhood and Professor X’s X-Men.”

Among those doing battle with new villain ‘Armageddon’ will be Nicholas Hoult, January Jones and Kevin Bacon, joined by the young Magneto (Michael Fassbender) and Professor X (James McAvoy). And if that little plot teaser isn’t enough for all you Marvel fans, there should be a new trailer out next month!

Previous: Blitzen Jones’s Diary
Next: Scorcese and De Niro to team up again?