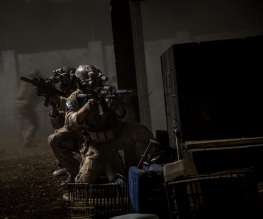 Zero Dark Thirty is creeping closer, and it feels like a powder keg waiting to go off. Perhaps it’s just residual adrenaline from The Hurt Locker, but we’re getting antsy waiting for Kathryn Bigelow‘s hunt for Osama Bin Laden to breach our screens. Initially dismissed by doubters as a cynical grab at first dibs on some recent history, every shred of Zero Dark Thirty info now sends a Pavlovian saliva flood cascading across the internets. It ain’t pretty.

Four new images have been posted online, and Jessica Chastain doesn’t look too pleased at all. We’ll be the first to opine that her character will be encountering a lot of bullheaded machismo in boardrooms and base-camps, and might get shot down (figuratively we hope) a fair bit because of her SWF (strong-willed femininity). In two of these pics she’s alternately being man-handled and Kyle Chandlered! They will rue the day. 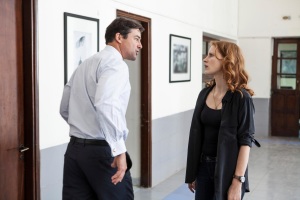 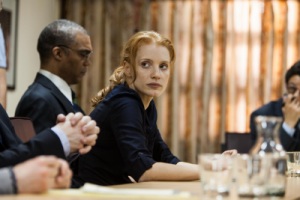 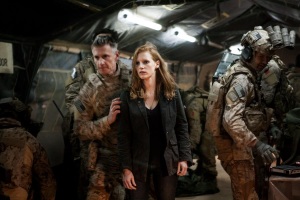 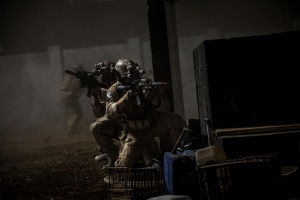 With Zero Dark Thirty reportedly running at 160 minutes, there should be plenty of time for some corridor politicking that might allow Jessica Chastain to win the day before the inevitable happens. And by that, we mean Osama Bin Laden gets capped.

Previous: Insidious 2 possessing your cinema in 2013
Next: Sylvester Stallone in new images from Bullet to the Head