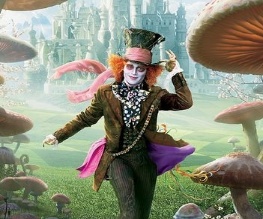 After hearing so much about the weird, wonderful and utterly bizarre world Tim Burton creates in Alice In Wonderland, its impossible to enter the cinema without feeling extreme anticipation. Alice has had the best opening week in US history, grossing $116 million and getting rave reviews for it’s gloriously inventive visuals. There’s no denying that visually, Alice is a treat. But despite the exuberant effects, play with perspective and 3D glory, it cannot be denied that in terms of story, Alice is more than lacking. We expected to fall down the rabbit hole into Lewis Carroll’s world of bizarre characters, non-sensical riddles and paradoxical quests. In actual fact, we are led through a flattened Wonderland, with Lewis’s wonderful creations treated as little more than boxes to be ticked. And we’re pretty sure than Alice didn’t have to pay £12.50 for the pleasure.

Previous: Oscars: The Winners, The Losers, The Big Night
Next: And the Oscar for…