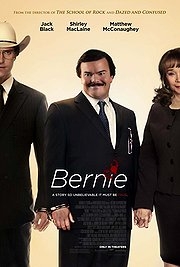 You know how to spot the difference between a genuinely gifted comic performer and someone who was just in the right film at the right time? Put the former in a straight, dramatic role, and we guarantee you’ll have the world’s critical mass feverishly typing “[blank] gives the performance of their career!” through the spunky haze of a million spurting appendages. But that’s not because dramatic roles bring forth some hitherto untapped ability; comic acting is really hard, and it takes just as much to make someone laugh as it does to cry, if not more. And it’s about time you bastards stood up and took notice. 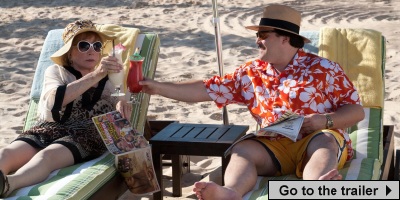 ANYWAY, plot. Bernie is the most beloved man in the town of Carthage, Texas. He’s a prominent figure in the church and the community, he’s kind, courteous and selfless, and he has a darling little moustache. Much to the confusion of everyone, he forms a close friendship with Marjorie, a reclusive millionaire with wildly sociopathic tendencies. As she grows more dependent on Bernie’s affection, he becomes unable to cope with her increasingly controlling and erratic behaviour – and then something happens that shakes Carthage right to the foundations, calling the moral compass of this tight-knit community into question.

As the titular Bernie, Jack Black doesn’t give the performance of his career – that’s still his masterful turn as Dewey Finn in Linklater’s School of Rock (no, really. Carrying an entire movie on your own is tough, but a comedy with a cast of mainly kids, and no jokes? Fuhgeddaboudit). Black’s generous charm and infectious enthusiasm make him almost impossible to dislike in the right role, and it’s these same strengths that inform Bernie – a character that seems completely against type, and yet makes perfect sense. 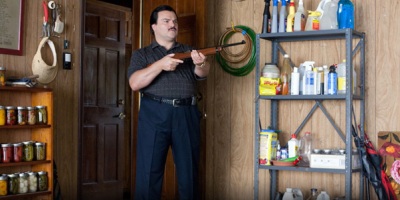 In Black’s hands, Bernie is a note perfect recreation of a person living out his own caricature. It’s the kind of performance that can only come from a full body and mind assumption of the character; at no point are you watching Jack Black, only Bernie. Which, frankly, is miraculous considering how synonymous Black is with his own persona.

But other than Black’s performance, an alternately endearing and explosive turn from Shirley MacLaine, and a fun supporting cast including Matthew McConnaughey’s scenery-chewing district attorney, there’s not a huge amount going on here. Richard Linklater’s direction and script are light, breezy and skimpy on insight or innovation. The centrepiece plot twist is brilliantly delivered, but even though you’ll be unsure as to exactly what has happened at first, you’ll have long since worked out the motivation, and the final act passes without the arrival of a moment that would transform Bernie from something engaging to something remarkable. Well, at least not until the credits roll. 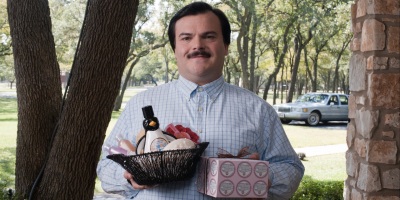 To reveal anything at all would be a total disservice to Linklater’s achievement, but suffice to say that the final reveal turns the very nature of what you’ve seen on its head, from a whimsical caper to something we’re fairly sure is unique in cinema. To steal a comment from Best for Film reader @TerriblyTom, “Bernie’s not a great movie, but it’s an incredible… thing.”