How To Stop Being A Loser 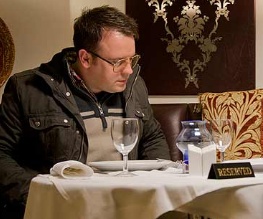 I was told to go and review How To Stop Being A Loser. I decided not to take offence but to instead embrace the experience and learn all I could from it. The first few minutes told me that, ideally, the best way to stop being a loser is to throw yourself under a train.

Who doesn’t enjoy a little bit of ill-timed suicide alongside their comedy? No one who isn’t a LOSER, that’s who. And who are the losers of our world? Well, according to this fun flick, those of us who are a) awkward around the opposite sex and b) those of us who wear glasses. So that’s about two thirds of the population covered, right there. But I’m getting ahead of myself…

The story revolves around a message from beyond the grave. Ian (Grant) has chatted up, and been rejected by, hundreds of women. Too many times, by his count, so, as a simple solution, he kills himself. However, just before hurling his body under a train, Ian had sent out a video message to his even more loserish best friend James (Phillips). You can tell he’s more of a loser because he’s a little overweight. I forgot to mention that having a plethora of bad chat up lines and wearing glasses is made infinitely worse should you be a chubby chubster. The video message implores James to “get out there” and successfully snare a mate, lest he grow old and die alone. This troubles James. He ponders on it for a little while (time enough to pop a few handfuls of popcorn into your mouth, at least) and then fortuitously stumbles upon love guru Ampersand (Conway). Handy. And then we pretty much fall into your standard sex mentor plot, covering the rules of attraction, the hilarious traits of geekiness and, of course, the inevitable life lesson of being true to yourself.

The main issue with this low-budget flick isn’t that it’s necessarily a bad film; it’s more that it had so much potential to be really, really good and, instead, just flounders about in the prop-wash of all those other big comedies that have sailed into cinemas over the last few years. We already know that geeks really enjoy Warrior Quest games, thanks to Role Models. We’re well aware that saying something cutesy whilst drunk, like “I need a wee”, tends to put girls off (thanks to The Inbetweeners Movie). We know that you shouldn’t necessarily listen to your sex mentor, courtesy of Hitch. And AS IF that obligatory last-minute dash to the airport won’t end well (just check out Friends, Notting Hill or The Wedding Singer if you don’t believe me!). All this rehashing business is a shame, as the script features several dazzling moments of hilarity. We have the long-established awkwardness of James, which, like some cruel Pavlovian experiment, causes every member of the audience to wince simultaneously whenever he approaches a female. We have Ampersand, a baffling ladies man who stays just the right side of unpleasant to make him the kind of character we love to hate. He’s a bit like the everyman’s voyeur, peering into the amped-up nerdy world with mild disbelief. We like that. We need an ambassador. We need someone to tell those geeks that they’re being geeky.

But there’s NO consistency; is it a conventional rom-com, is it sticking to all things crude and vulgar or is it all about the embarrassment factor? Nobody knows. And it’s this fact, coupled with the lack of originality, which taints the success of the film. We get a few big laughs, a handful of good jokes, but absolutely no consistency. Yet at the same time, confusingly, there are no surprises…

Predictable inconsistency; a phrase pertaining to the plot of How To Stop being A Loser.

HTSBAL has its good moments. It’s not unbearable. But is it really worth the price of a cinema ticket?

Only if you’re a loser. 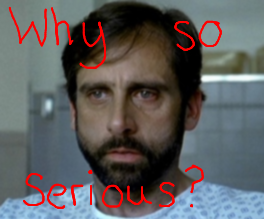