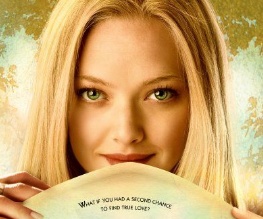 But soft, what light through yonder window breaks? It is the flickering of Gary Winick’s winsome romantic comedy about one young woman’s quest for everlasting love in sun-dappled Verona, the setting for Shakespeare’s Romeo And Juliet. Screenwriters Jose Rivera and Tim Sullivan serve up a steaming spaghetti of cliches, cultural stereotypes and unintentional laughs, garnished with a light classical and pop soundtrack. The target audience – teenage girls who swoon to the prospect of a dreamy holiday romance – will choke on the clumsy dialogue and the tepid screen chemistry between Amanda Seyfried and Australian actor Christopher Egan as a bumbling Brit abroad.

Director Winick shoots his film as a valentine to the lush, rolling landscapes of Italy – but continuity errors occasionally distract from the scenery. Flipping the shot of a car driving through dusty vineyards for aesthetic reasons is all well and good, but it does mean the vehicle careens along the wrong side of the road. The polizia will not be pleased. Writer Sophie (Seyfried) is poised to marry chef Victor (Gael Garcia Bernal) and commit the rest of her life to this passionate workaholic. The pair embarks on a trip to Italy where Victor heads off into the countryside to source ingredients for his restaurant, leaving Sophie to sightsee.

During a leisurely stroll, she visits Juliet’s famous balcony and is surprised to see dozens of tourists penning letters to the ill-fated Capulet, and affixing these written pleas to the wall. Soon after, a group of women known as the secretaries of Juliet collect the missives and reply to these lovesick strangers. Sophie offers to help and she stumbles upon a long-lost note from 1957, which simply demands her words of wisdom. The American is shocked when snooty Charlie Smith (Christopher Egan) arrives in Verona to berate the secretaries for encouraging his grandmother Claire (Vanessa Redgrave) to seek out her soul mate from all those years ago. “I want to meet Claire,” trills Sophie excitedly. “I want to play for Manchester United but I’m terrible at football,” retorts Charlie. The young woman feels guilty for dragging Claire to Italy and offers to accompany the old woman and her grandson on their quest. As the trio travel across the country, Sophie feels – shockingly enough – a spark of attraction to Charlie and she begins to question whether her heart truly belongs to Victor.

Letters To Juliet is undone by Egan’s grating performance, trying to convince Sophie and us that “I’m not the buttoned-up, buttock-clenching killjoy you make me out to be.” It’s a pity because Seyfried lights up the screen and Redgrave brings gravitas to her supporting role as the spinster who confesses with a glint in her eye, “Tough as old boots, me – Churchill in a dress!” The cheesy denouement is sign-posted well in advance, courtesy of Shakespeare’s text, to groans of disbelief. To be honest, everything you need to know is in trailer. Watch that, and save yourself two hours.

Were you won over by Letters To Juliet? Let us know…