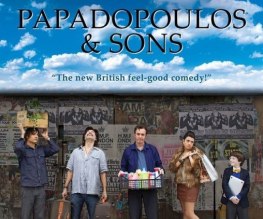 High-flying businessman Harry Papadopoulos (Dillane), finds himself at a crossroads when he loses his home, almost all of his money and his father in one fell swoop. At the reading of his father’s will, Harry finds himself the co-owner of a derelict fish and chip shop called The 3 Brothers. The other owner? Harry’s zany brother and complete polar opposite, Spiros (Corraface). While Harry wears suits and keeps his hair casually coiffed, Spiros sports a wild beard and doesn’t have a problem with an open-necked shirt. The two Papadopouloses (or should that be Papadopouloi?) decide to reopen The 3 Brothers and go into business together. Will it all go to plan? Will the brothers be able to iron out their differences? Will Harry stop being a stuffy businessman and rekindle his love for life, family and dancing? Watch the trailer below and have a think.

From the above questions you can sort of already tell what the outcome is going to be. In fact, you can tell the outcome as soon as you’ve heard the plot. However, what makes Papadopoulos & Sons such a treat is that the predictability of the ending doesn’t matter; you just sit back and enjoy the journey to get there.

The flip side to this, however, is that the plot is SO effortless characterisation suffers as a result. A lot of time has been taken over Harry, with the rather handsome Stephen Dillane doing a stellar job of getting the stoic businessman’s personality across through looks, actions and posture. His speech is beautifully clipped and forced, as though his clothes are suits of armour protecting him from anything imperfect, getting tighter as the first half of the film progresses; choking his sentences off. He is the main character, so of course a lot of time has to be spent on making him both believable and likeable – but it feels like this was done at the expense of the other characters. 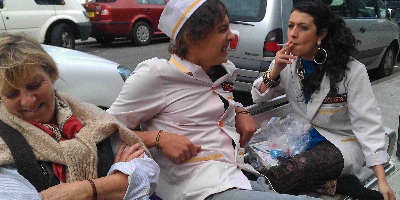 Georgia Groome as Harry’s daughter Katie raised some of the biggest laughs – but is ultimately two-dimensional. Katie is a stereotypically vacuous teenage girl who is obsessed with clothes, boys, and living a life of luxury. The way she treats her baby brother Theo and her romance with the dim but sweet Mehmet (Cesare Taurasi – UTTERLY BRILLIANT) did flesh out her character, but not by much. Harry’s obligatory love interest Sophie (Cosima Shaw) is presented to us as an uninteresting, soothing maternal figure, ideal for replacing Harry’s dead wife and helping him raise his kids. Spiros is a kooky sort, and this is flagged up constantly throughout – he makes peace sign gestures, he likes to dance, he has hair like a Bollywood star, he owns a clapped out hippie van, he actually WANTS to open a chippie. Young Theo is a nerd so therefore he must wear glasses and a bow tie and be ginger. You get the idea. It’s all a bit overblown and unnecessary. The actors aren’t exactly helped by what tended to be clunky dialogue, leading to certain scenes going on for longer than they needed to. Some aspects of the story line feel like they should be signposted with the words “VERY EMOTIONAL PLOT POINT”, particularly when we find out exactly why Harry and Spiros rub each other up the wrong way; but the tender moments are handled well without crossing over into cheesy territory. 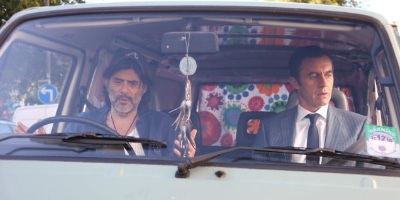 This isn’t a bad film, by any means. There are some genuine laughs, like Harry’s battle with kebab shop owner Hassan over whether lamb doners should be on the chip shop menu; and some genuinely sweet bits, Harry’s interactions with his eldest son James (played by Dillane’s real life son Frank), is just one example. This is director Marcus Markou’s first foray into cinema and it’s a very decent offering indeed. Anglo-Greeks may have more of an affinity with the film, but there is something for everyone to enjoy. And if it doesn’t make you want to stop off for something greasy and wrapped in newspaper when the credits roll, you aren’t human. 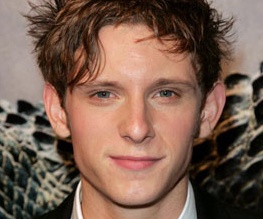