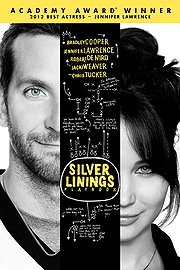 Bradley Cooper stars as Pat, a manic depressive who has just finished 8 months in a psychiatric ward. Without a job or a house, and refusing to take his medication, Pat moves back in with his father, Pat Sr. (Robert De Niro) and mother, Dolores (Jacki Weaver). Determined to win back his estranged wife despite a restraining order against him, Pat struggles to keep his mania under control. Enter Tiffany (Jennifer Lawrence), another bi-polar sufferer, who fixates on Pat. Promising to help him reunite with his wife, Tiffany manipulates Pat into becoming her dance partner. As the days of practice continues, Pat finds that the dancing, and Tiffany’s oblique sensibilities, is helping him cope with his debilitating disorder.

Silver Linings Playbook is the latest project from David O. Russell, who both directed the film and adapted the screenplay from the novel by Matthew Quick. Russell’s intimate knowledge of the material shows – the central characters, Pat and Tiffany, appear completely authentic, every scene feels perfectly timed and the film is excellently paced. The camera is never just capturing actors talking at one another, it is constantly framing the emotions in the scene, drawing your eye to what the director wants you to look at. This is not high-art, but the audience can really tell when a director loves his work. 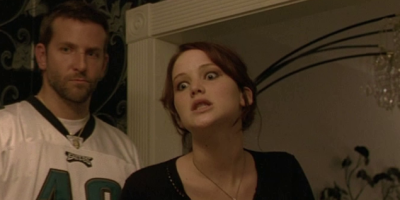 Silver Linings Playbook revolves around mental disorders. It would have been so easy just to make this a gimmick to get people into the cinema. How many times have we seen a romantic comedy where disorders are used callously, just so a character seems more interestingly quirky? Pat’s manic depression is the focus of Silver Linings Playbook. It’s not a character trait, it dominates his life. We get a real sense of his character from his disordered thinking, his inability to rationally form long-term goals, his fixations, his self-awareness and his complete lack of any verbal filter. Pat spends most of the film with a golden heart on a chain hung around his neck, prominently exposed. The symbolism doesn’t go unappreciated.

Bradley Cooper’s performance is spectacular. The script is fabulously pithy, but it would have read like Juno mumbling about a hamburger phone without the right actor. The way in which Cooper delivers his lines is spot-on – it’s frantic, it’s verbose, it’s breathy and frustrated and, if you have ever spent time around manic depressives or schizophrenics, absolutely representative of a real mental disorder. Most of all, Pat feels vulnerable. 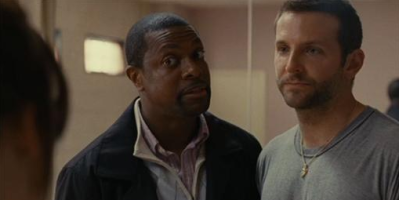 When Pat begins to develop a dysfunctional friendship with Tiffany, the film really shines. Jennifer Lawrence matches Bradley Cooper beat for beat. Tiffany is the only person around Pat that truly understands what it means to have manic depression, and the usual mutual attraction found in all romantic comedies transforms into something much more wonderful. Pat finds focus and stress relief through his dancing lessons with Tiffany. He is still obsessed with getting his wife back, but her obstinate-yet-fragile persona both grounds his mania and gets under his skin. This is more than just a romance, it’s therapy. Despite their motivations being completely self-involved and selfish, you genuinely root for them.

Although most of the people surrounding Pat are a little off, mentally speaking, they never sink into that obnoxious screaming madness that most other comedies employ to elicit a cheap laugh from the audience. Even Chris Tucker is palatable, his ginormous eyeballs finally being put to good use. He’s undeniably lovable. It’s weird. Robert De Niro is (obviously) phenomenal as a superstitious OCD gambler. One of the best scenes in the film has De Niro facing off against Jennifer Lawrence as the both of them scream about luck and jinxes and ju-ju. The scene plays off wonderfully, every actor hits that magic note. The dialogue is hilariously absurd – the bizarre OCD logic makes perfect sense to everyone except the viewer. 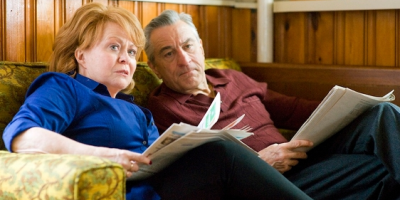 Silver Linings Playbook is not flawless. The film is never boring, but there’s a brief lull before the final act. The editing can be frenetic at times – the quick cuts from person-to-person feel at odds with the smooth and organic performances. The last quarter of film is ever so slightly disappointing. Silver Linings Playbook is a film about coping with manic depression, but the climax, although satisfying, lacks the same relevance and bite as the rest of the film. Importance is given to Pat and Tiffany’s dance routine by an obvious contrivance, which is unbecoming considering the originality of the rest of the film. Pat’s usual energy and colour dims near the end, and its loss is sorely felt. The film becomes a bit more of a typical romantic comedy at that point, but the rest of the film is so fantastic that one can overlook the rather pedestrian conclusion. 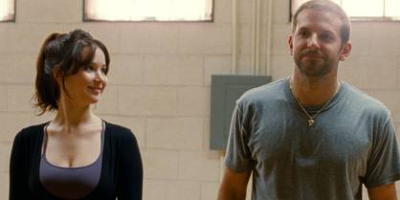 This is a fantastic watch. Everything works in Silver Linings Playbook – there’s something about the characters that is fresh and inventive, and the film captures you early on and never lets go. Although the climax is completely predictable, it’s still immensely enjoyable and you are rewarded for your emotional investment in the story. There’s a lot of laughs, not the stupid shit-in-a-sink gags that you inevitably feel guilty laughing at, but from a witty script and fantastic characters. Silver Linings Playbook puts 90% of all other romantic comedies to shame. It’s not to be missed.