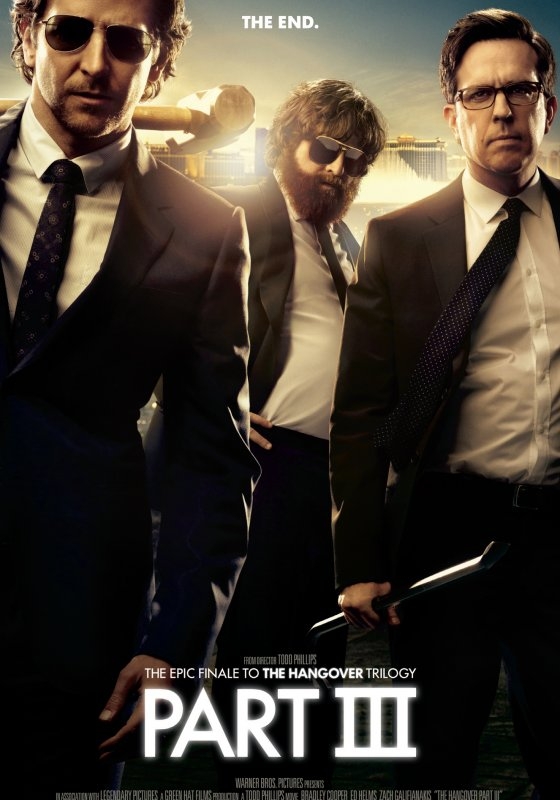 All this hope got flushed down the toilet the moment it was announced that The Hangover was getting a sequel – ostentatiously titled The Hangover Part II. Under the unfortunate assumption that sequel success is entirely based on how much you can beat a dead horse, director Todd Philips proceeded to take the first film and turn the dial to 11, dancing with clenched fistfuls of your tainted cash and laughing in your bemused and crestfallen face. 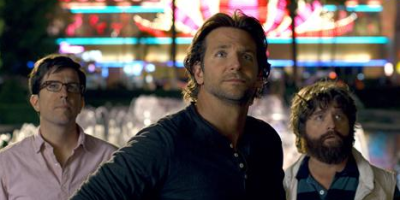 Now we have The Hangover Part III – the concluding chapter, or so they claim. Such is the legacy and respect The Hangover franchise has garnered over the years (4 years, 2 movies, only 1 of them watchable) that the posters simply need to say “THE END” to generate excitement. The groundbreaking epic that has captured a million hearts has come to a close in a manner befitting a god. Sadly, the film-makers appear to actually believe all this.

The Hangover Part III really is Zach Galifianakis and Ken Jeong‘s show now. Mentally ill Alan has been stretched and warped until he bears little resemblance (other than in facial hair) to the oddly endearing Rain Man in The Hangover. Now performing a stereotype of himself, Zach Galifianakis simply vamps through every scene, earning more grimaces than laughs. Most of the time he’s just unpleasant. Whereas he might have been tolerable as a supporting character to Bradley Cooper and Ed Helms, both have been pushed to the back seat. No better is Ken Jeong – he’s mildly enjoyable to watch, but don’t expect more than a couple of chuckles from his frequent cocaine-fuelled outbursts. 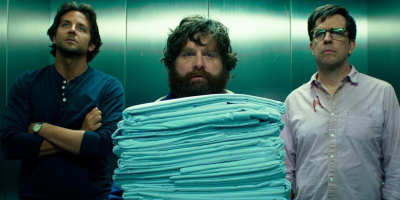 It’s criminal that Bradley Cooper and Ed Helms are so underwritten in The Hangover Part III. Evidently the writers decided that both characters’ story arcs had been concluded in The Hangover Part II, but in return they simply hang about like cardboard cutouts of themselves. They’re angry, then scared, then angry again. It’s all so tiring. They exist only to suffer Zach Galifianakis’ clumsy pseudo-homosexual advances.

It’s difficult even to define what genre The Hangover Part III is. It’s a comedy in the sense that there are comedians playing parts, but Todd Philips seems to put most of his efforts into action sequences. The opening, for instance, is a riot in a Thai prison in slow-motion, and it’s utterly gorgeous. It’s also completely devoid of humour, and sets the pacing for the entire film. Evidently no one cared enough to pick a direction.

The strangest angle of the film comes when they try so -so- hard to have character moments. Perhaps the film-makers originally intended to highlight the absurdity of the story buy underlining it with pretentious drama, but they have clearly crawled so far up their own asses that they believe people actually care about these pathetic sociopaths. No, we don’t care about Alan curing his severe debilitating psychological condition by porking Melissa McCarthy. No we don’t care if you splice in sepia-toned slow-mo shots from The Hangover. No, it isn’t nostalgic, or emotional, or a satisfying conclusion to a mostly piss-poor trilogy. 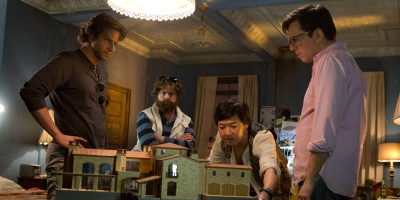 Apart from Zach Galifianakis and Ken Jeong (who mince about as if their lives depended on it), every single person is phoning it in. John Goodman – in it for the paycheck. Heather Graham – present for 15 seconds just so she can say she’s still working. Justin Bartha – kidnapped AGAIN, absent for the entire film AGAIN. Jeffrey Tambor – dead within 3 minutes, just like this film.

The best that can be said for The Hangover Part III is that it’s better than The Hangover Part II, but that’s such a low bar that it can be stepped over by a toddler. There are a few laughs, but they’re cheap and without any genuinely intelligent writing or character development. The production values are amazing, but it comes without any modicum of effort on the cast’s part. The tropes on show here are so old, so tired, so recycled that you’ll spend every minute feeling like you’ve seen this all before – and you have. It’s not dreadfully awful, but don’t bother paying to see this film: you’ll have forgotten it by the next morning.