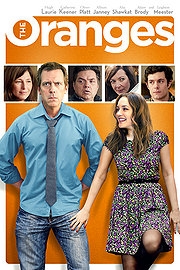 The Walling and Ostroff families have been close for years. Terry and Carol Ostroff (Oliver Platt and Allison Janney) are best friends with David and Paige Walling (Hugh Laurie and Catherine Keener) and they spend an extraordinary amount of time with each other. David and Paige’s relationship has been severely strained of late, and their marriage finally comes crashing down after David begins dating his best friend’s daughter Nina (Leighton Meester), newly returned to New Jersey from traveling around the world. She is also, rather unfortunately, the same age as his aimless daughter Vanessa (Alia Shawkat). The affair rips the happy and wholesome dynamic between the two families asunder, as David and Nina attempt to justify their relationship to their families and to themselves.

However complicated the various relationships between all the characters seem, it certainly doesn’t play out that way in the course of The Oranges. The story is actually rather familiar. There is no real straining at the boundaries of social norms, although the film certainly suggests that the relationship between David and Nina should be taboo. Perhaps it is the complicated modern world we live in, but the love between this unlikely couple appears completely natural. This may also be down to the fantastic array of performances on offer in The Oranges – every character conveys their inner workers just perfectly. We get David’s guilt, we get Carol’s furious disgust, we get Terry’s impotent disappointment. The only character that doesn’t really work is Paige, the cuckolded wife. She should be the font of all pathos but, although the film does an excellent job with the humour, it somewhat fails to provide an adequate sense of Paige’s emotions. The fault may lie at the door of Catherine Keener’s performance which is simply par for the course in a film where every other character shines. And shine they do. The Oranges is a character comedy, where the laughs are derived not from the expected awkwardness and absurdity of the average comedy, but from the divergent personalities scraping across each other. It’s sort of like nails on glass, but infinitely more musical. 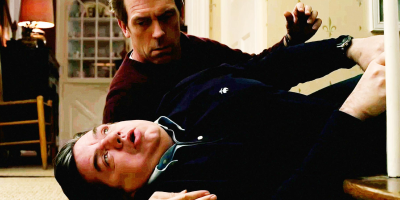 Alia Shawkat, as the caustic and unsatisfied Vanessa, provides welcome, if increasingly sporadic, narration. The intent seems to be to ground the film’s perspective from Vanessa’s point of view, but we never see enough of her to make this feature effective. Indeed, we are never given enough time with any of these characters, which is a shame because they are all hilarious and dynamic. The establishment of these families’ friendship in the first third of the film is fantastic, and one can’t help but fall in love with the characters and their interactions. This decent pace somewhat diminishes in the second act, where the focus switches to David and Nina’s burgeoning relationship. Although the couple seem genuinely in love, and although we root for them, it becomes less comedic and, as a consequence, less interesting. This is a minor complaint: the character development is completely necessary for the final act to work, but the absences of Terry, Carol and Vanessa are sorely felt. 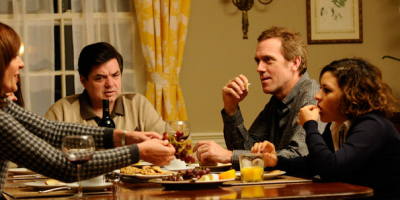 Throughout the film, one is never entirely sure how to consider the home-wrecking character of Nina. We are given to sympathising with her, but she’s never particularly likable. Leighton Meester has astonishing chemistry with Hugh Laurie, considering their age difference, and her physical attraction and emotional attachment to David is plain. As soon as the film’s focus turns to Nina and David’s relationship, she has almost no interaction with anyone else. This is unfortunate, because the limited time spent establishing her relationships with her parents and her ex-best friend Vanessa works wonders, but these relationships just don’t hold up. The same can be said of Vanessa, who has great comedic moments with her co-workers at the furniture store, but considering she is set up early on as the focal point for the viewer, she just isn’t around enough. At no point is her relationship with her father, ex-best friend, brother or co-workers explored. It’s disappointing. 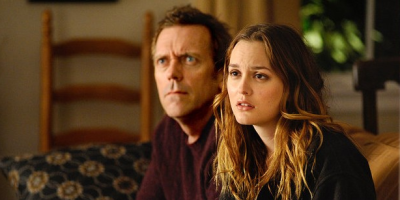 The Oranges is never particularly challenging. It’s an above-average comedy, filled with sarcastic quips and scene cuts that elicit guffaws from a receptive audience. It never tries hard for a joke, and the comedy feels like a natural evolution from the drama. There are numerous problems; the end is a little underwhelming considering the quality of the rest of the film, Catherine Keener is wooden and almost entirely redundant and there certainly isn’t as much Oliver Platt or Alia Shawkat as one would have wished for, but it’s still a charming film. This charm takes it a long way, and you can forgive a lot of these shortcomings, especially considering that The Oranges is director Julian Farino‘s first project outside of television. It’s never bad, nor cheesy, nor cringe-worthy, nor ugly. The Oranges just needed a little something extra to turn it from a pleasant tumbler of Sunny D into a class-A Orangina.

Previous: The Road: A Story of Life and Death
Next: Top 10 Christopher Walken Moments