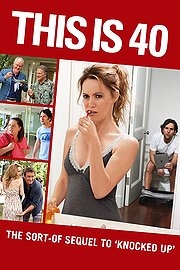 Seven years ago Judd Apatow brought us The 40 Year Old Virgin. Now he returns with This is 40, showing us that 40 is still not a bucket of laughs. Gathering his most recent comedy protégés Lena Dunham, Chris O’Dowd, Melissa McCarthy and Jason Segel, whom he has worked with through producing Forgetting Sarah Marshall, Bridesmaids and HBO’s Girls, This is 40 throws together a series of ideas which might have been better placed in a series. Low on laughs, this is a disappointing show from Apatow, who indulges us in shower sex, marijuana cookies and pool parties with Megan Fox. If you still like the sound of This is 40, read on.

The film follows a week in the life of a couple we first met in Knocked Up (2007). But instead of checking up on the girl who got knocked up, we revisit her sister and her husband. Debbie (Leslie Mann, Apatow’s real-life spouse), Pete (Paul Rudd, an Apatow regular), and their children Sadie and Charlotte (Apatow’s own children Maude and Iris) live in an affluent suburb of LA. As both turn 40, they plan to make some changes to their lives: Pete will give up cupcakes and Debbie cigarettes, and both will try to manage money better, improve their sex life and spend more time with the kids. Pete manages an independent record company and Debbie owns a clothes shop, but the company is not making a profit, and the clothes shop is mysteriously missing $1200. With financial difficulties pressuring them, the couple are in crisis and must try to save their home and their marriage. 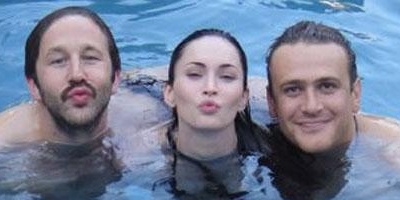 The problems start when you consider how much of a crisis it really is – having to downsize from a massive LA mansion to a smaller mansion would be a relatively minor issue for most people. Similarly, having a daughter who endlessly watches episodes of Lost or has an addiction to her ipod/pad/phone is not unusual, or particularly perceptive of pop culture, but here situations are blown out of all proportion or comically squeezed dry to fill the 134 minute length.

Apatow’s efforts also fall short in casting so close to home. Families on film are rarely true to life, but by using his own, Apatow admirably allows for the imperfect performances of non-actors with an aim to showing realistic characters. But the result is that the children recite lines for the camera that their dad has given them, and neither seem like fully formed characters nor children playing themselves. Leslie Mann, meanwhile, spends the entire film trying to scrunch up her Botoxed forehead in anguish and never succeeds. Although she is an alright actress in Knocked Up and The 40 Year Old Virgin, she has no chemistry with Rudd (equally uninspiring) and couple end up looking more like what Melissa McCarthy aptly calls a ‘bank commercial couple’ in the film. 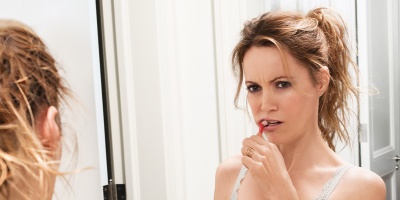 In its favour, there are occasionally moments of sweetness and a few genuine laughs from cameos by Chris O’Dowd and Jason Segel, making this a likeable enough comedy for most…that is if you enjoy comedy about pain, toilet humour or sex jokes. But its lagging narrative make this an uncomfortable watch. Ultimately, This is 40 is a comedy that probably sounded better in Judd Apatow’s living room than it does in a cinema.