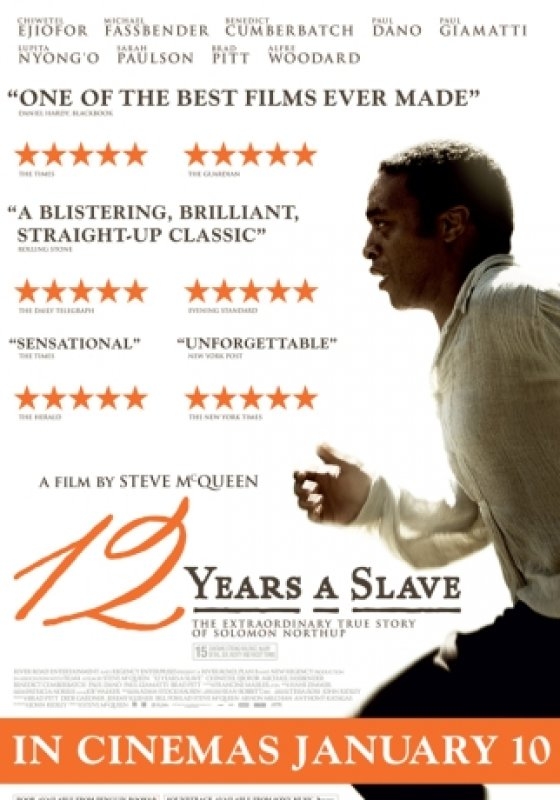 What happened to Soloman Northup was heinous. To be abducted, assimilated and beaten into submission for any reason is inexcusable, and to do it for reasons of skin colour is equally unforgivable. It’s been one hundred and fifty years since slavery was abolished, and to modern eyes it is clear that slavery and racism are inherently wrong. Unfortunately, and despite all of its good points, 12 Years A Slave doesn’t have much more to say on the matter than just that. Both have been recently dealt with in Lincoln, Django Unchained and Cloud Atlas, and next to them Steve McQueen’s latest feels strangely insubstantial; unambitious, even. While the esteemed director may provoke a response, he never promotes conversation, or does anything to invite his audience to actively engage.

That hasn’t stopped it from earning rave reviews and being tipped for just about every award going, and while it may become rather repetitive in its rhetoric there is no denying that the film is very well made indeed. There are a number of stand-out sequences, as striking and provocative as anything in the director’s previous film, Shame – the most memorable of which involves Soloman, hung from a tree but not quite hanging, struggling for breath while the rest of the plantation carries on with their duties. It’s an important scene, because it demonstrates race-free psychological internalisation, without pointing the finger in one, and only one direction. We also see Soloman, in flashback as a man of privileged standing, failing to assist a slave in need of help. While impassioned, the film never once places blame.

The performances, too, are worthy of mention. Ejiofor is outstanding as Northup, and the actor makes full use of what is possibly his most complex and conflicted character to date. He had previously impressed in supporting roles — from Serenity to Children of Men – but here he makes the transition to leading man with charisma to spare. Fassbender is arguably even more electric as slave-driver Epps: he’s a nasty piece of work, and while the actor’s accent might once more slip as often as it sticks it is hardly worth mentioning when the character is guilty of so much more. Newcomer Lupita Nyong’o is mesmerising too, bringing almost crushing vulnerability to her role as a mother robbed of her children. It’s difficult not to like Brad Pitt most of all, however, as Bass, who is — aside from the sympathetic Northup — the film’s only likeable character, and — though largely by default — the film’s only outright hero.

12 Years A Slave is a difficult, challenging watch, and though its intentions — and indeed much of its execution — may well be worthy of recognition, the film just doesn’t hold up to the same scrutiny as McQueen’s other films. Northup’s story is an astonishing one, and undoubtedly deserves to be told, but McQueen’s attempts to adapt Northup’s own memoir haven’t produced a film as remarkable as the real-life events it is based on; despite its source material, it’s episodic, plodding and strangely undramatic. This is just 2 Hours A Slave, though to be fair to those involved it feels more like three.

Previous: Top 10 musicians in film
Next: The Railway Man