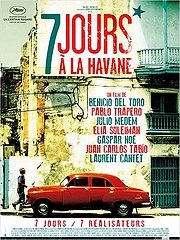 Some cinema websites will inaccurately tell you that ‘telling the story of a young American and his attempts to get his break as an actor in Cuba, this film presents seven chapters featuring different characters, each with a different part to play in his story’. Sounds like a good plot doesn’t it? Shame it’s not the plot of 7 Days in Havana. We meet this young American (Josh Hutcherson, last seen representing District 12 in The Hunger Games) having a night on the tiles on Monday in El Yuma (The American), directed by Benicio Del Toro, and then his story goes down with the sun that evening and never returns. On we barrel into Tuesday and then Wednesday and by Thursday we’ve realized two very important things: 1) There isn’t going to be any overarching plot, link between the different films, or clever plot twist, so we can calm down and stop trying to spot one, and 2) the film is sponsored by Havana Club. If 7 Days in Havana ever appeared in our Friday Drinking Game (it won’t) and you took a sip from your own glass of Havana Club every time the brand appeared on screen you’d be unconscious by the time you got to Tuesday. Following in the footsteps of recent city anthology films such as Paris, je’taime and New York, I Love You, 7 Days in Havana draws together a series of shorts by different directors, with an ensemble cast and the city as its true star. The cinematography (courtesy of Daniel Aranyó) is glorious throughout, capturing the exquisite crumbling grandeur and energy of Havana, and the acting is superb. The famous names are few and far between, giving the film a lovely documentary feel, as though they’d just turned the camera on real people.

Unfortunately, the lack of plot or unification to the stories makes for confusing viewing. Instead of being seven stories within a bigger story, what we have is seven unrelated vignettes, all fighting to stand alone and be noticed, rather than adding to the film as a whole. Each tale is also guilty of shamelessly dragging its feet, pushing the running time to 129 minutes, so that by the time you eventually get to the 7th Day in Havana you’ll feel like you’ve been living in the cinema for a week.

The film is so thematically lacking, each day so different, it almost seems pointless to be reviewing it as a whole. It feels more like watching the finalist entries in an international short film competition (Theme: ‘Havana’) and you’ll find yourself dishing out prizes for the best, the worst, the most cliched. Thursday is the piece that’s really going to divide audiences. Directed by and starring Palestinian director Elia Suleiman, Diary of a Beginner sees a journalist killing time around the city as he waits to conduct an interview with a prominent Cuban figure. As the only one of the seven to acknowledge the country’s political issues, it’s deadpan, Tati-esque, painfully long and either absurdist excellence or just absurd. I’ll let you decide for yourself but there were audible mutterings of ‘thank God!’ when we finally dragged ourselves out of Thursday.

Gaspar Noe’s Friday Ritual also deserves mention for its claustrophobic and deeply disturbing portrayal of Cuban beliefs concerning black magic. An experimental lesbian experience leads to a shamanic cleansing for a teenage girl and we’re treated to an extremely tense and powerfully shot ritual in a sweaty swamp, with nothing but the heavy beat of the drums for company.

7 Days in Havana is much too long and entirely lacking as a feature film, but if you’re interested in international directors, beautiful women, incredible architecture and Havana Club, then you could do much worse than getting yourself out of the summer rain and spending a couple hours in the company of Cuba’s famous capital. 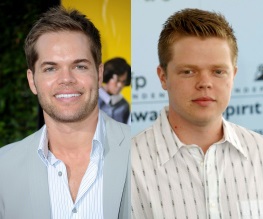