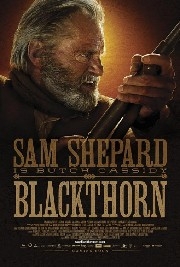 The contemporary Western is a strange, sad beast. Once the absolute emblem of the tough pioneer spirit on which America was founded, the genre now comes replete with an entire carousel of cumbersome political baggage. For example, it’s now widely accepted that nearly half of cowboys in the old west were either Mexican or black – a surprise to anyone whose information on the era comes from watching movies. Filmmakers who take the plunge these days have no choice but to embrace the ‘revisionist’ tag – and this is just as it should be. Gone are the days when John Wayne or Gary Cooper could take out an entire tribe of Injuns with all the political ramifications of a bowler taking out pins.

It could be argued, however, that Hollywood has remained pretty picky about which among its bags it’s prepared to unpack. While classics have been brutally re-imagined (The Unforgiven, True Grit), natives recast as noble savages (Dances With Wolves, The Last Of The Mohicans), and outlaws deconstructed (The Assassination Of Jesse James), the western over the past 20 years or so has still managed to play it relatively safe, sidestepping the more ideologically challenging areas of race, politics, and genocide, in favour of a revisionism with a pretty small ‘r’. So while it’s unremarkable these days for a cowboy to be pictured riding through the snow, it’s still unlikely that he’ll be black. So, into this murkiest of cultural swamps wades Blackthorn, which, murkier still, is not an American film at all, but a largely Spanish production from an entirely Spanish creative team led by director Mateo Gil. An imagined account of the latter years of the famous outlaw Butch Cassidy, the film takes as its starting point the hotly debated suggestion that Cassidy was not killed in a shoot-out in 1908 as many believe, but survived into old age. Now going by the alias James Blackthorn, Cassidy (Sam Shepard) is discovered living out his retirement on his remote Bolivian ranch, with only his horses and Indigenous housekeeper/girlfriend (Magalay Solier) for company. But with the urge to return to the US growing ever stronger, Blackthorn is preparing to leave Bolivia and make one final journey home. His plans are almost immediately scuppered, however, by a chance encounter with a young Spanish engineer (Eduardo Noriega), on the run after stealing some money from a local mining company. After much persistence from the Spaniard, the two form an uneasy alliance, and pretty soon all hell breaks loose as the story twists its way through an ever more desperate struggle to make it out of Bolivia alive. Plumping safely for the ‘noble savage’ option on the revisionist menu, Blackthorn also provides a highly romanticised version of Cassidy himself, imagining the former train robber had evolved into some sort of spiritually enlightened social crusader – Che Guevara meets Yoda. Screenwriter Miguel Barros has previously documented the exploitation of land in Brazil, and there is a feeling here that land is the film’s true area of interest. The bad guys are most definitely the land-owning Spanish, and given that this is a Spanish movie, there’s more than a hint of imperialist guilt being thrown into the mix. A fascinating subject no doubt, but it’s questionable a story about a morally ambiguous American folk hero like Butch Cassidy is the simplest vehicle with which to explore it.

In fact there are a great many – almost too many – interesting ideas in this film, as well as a good cast (which includes support from a gloriously disassembled Stephen Rea), and some truly spectacular shots of the beautiful Bolivian landscape (from veteran cinematographer J. A. Ruiz Anchia). Where Blackthorn really falters is in its portrayal of the central relationship between the wily old bandit and his naïve companion. Intended as the narrative’s emotional lynchpin, this also proves to be its weakest link, too often tipping over onto just the wrong side of cliché. This is a shame, as it’s the growing loyalty between the pair that really has to grip for the film to realise the obvious potential which elsewhere abounds. Having said all that, Blackthorn is still an impressive achievement from relatively inexperienced director Gil, and movie buffs should be keeping an eye out for whatever it is he does next. It’s also a visually handsome film, and includes enough skilfully handled shoot-outs and yee-haa! gallops to make it a treat for any fan of the western genre – revisionist or otherwise.

Previous: Jason Segel may return for Muppet Cameo
Next: The Cabin in the Woods