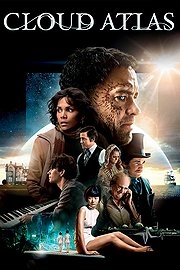 Describing the plot of this piece, which is essentially six narratives in one, would be best confined to listing the settings and chronology, which are: on board a ship sailing across the Pacific in the early nineteenth century; interwar Cambridge and Edinburgh; San Francisco in the 1970s; contemporary London; Soul over a century in the future; and further into the future, on the post-apocalyptic Hawaiian islands.

A cast including Tom Hanks, Halle Berry, Ben Whishaw, Jim Broadbent, Hugh Grant and Zhou Xun have multiple roles in a vast repertoire of disparate characters across these periods and surroundings, from bungling English publisher Timothy Cavendish to eccentric decrepit composer Vyvyan Ayres (both played by Jim Broadbent) to stubborn investigative journalist Luisa Ray to space scientist and traveller Meronym (both played by Halle Berry). Indeed, one of the problems with the film on first viewing could have been in guiding the viewer through such a list of places and people, but they have managed to do this very well – cutting from story to story with a snappy pace that belies its nearly three-hour length. The range of genres the film covers, the breathtaking scope of the sets and effects (22nd century New Soul is particularly striking), as well as the grandeur of its orchestral score, all underline the size of Cloud Atlas‘ ambition.

It would have been difficult not to have been ambitious on a film such as this. The metaphysical and philosophical plains that the adaptation attempts to reach are as vast and strange as the various landscapes depicted in the movie. It’s a bit of a ‘head melt,’ as the Irish expression goes. That said, what is striking is how small and human all of the stories are. Broadbent’s Timothy Cavendish has a very English adventure involving Irish gangsters, a revengeful brother (Grant, who plays most of the villains along with Hugo Weaving) and a demented head nurse of a retirement home (Weaving in drag) in contemporary London. On the other side of the world more than a hundred years in the future, Sonmi-451, a clone created to serve meals and drinks in a café, finds comfort and a sense of shared humanity from viewing a small clip of a movie made about Cavendish’s adventure more than a century before. 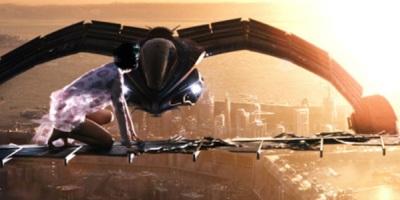 This small connection to a soul of the past becomes part of a much wider political struggle over whether the existing order of division between clones and ‘pure bloods’ should continue or be torn down. This tension is a theme in every story – that of people against systems, freedom against enslavement – stretching from the slavery of the 19th century Pacific, to a time in the future when civilization on earth has become largely primitive again, apart from the race of ‘prescient’ humans who have maintained a hold on technology.

The film’s theme and banner is plastered on all the posters: Everything Is Connected. One of the pleasures of a second viewing is attempting to work out where the connections are between the stories. Aside from Broadbent’s humane romp from freedom to imprisonment and back out again, the most self-contained story of the film was that of Ben Whishaw’s young composer, turfed out of Cambridge University and seeking employment with stern, frail and reclusive brilliant composer Vyvyan Ayres. His tender love letters to boyfriend Sicsmith are connectors to other stories, but without any of the other narrative arcs in the film his story of the bridges that art can build between people and time could stand on its own. Whishaw is terrific, a tortured artist par excellence. Broadbent is on sterling form as usual; Hugh Grant has a lot of fun with his villains, and wears his makeup pretty well. Even Fatty Hanks managed to offend me only slightly, which is frankly a tremendous improvement. 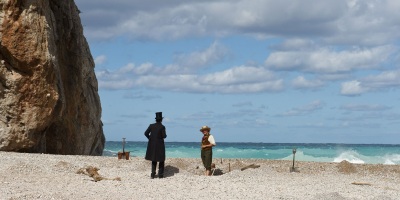 That said, like all ambitious films, Cloud Atlas flirts with the ridiculous, most notably in some of the make-up efforts which are bound to set audiences laughing when a sombre mood is demanded (Hugo Weaving’s Korean bureaucrat a low point); and in the form of a reduced English language spouted by Tom Hanks and Halle Berry in the future – some of it difficult to follow, some of it difficult not to laugh at (“I’m talkin the true true” – translation: I’m speaking very truthfully). Sometimes it’s difficult to understand how, exactly, these stories and people are connected, and maybe this explains the decision to give multiple roles to the actors. 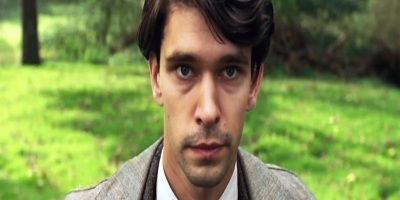 I expect this one will divide people much like Inception did. Whatever they think of it, surely it cannot be denied that Cloud Atlas packs a pretty big punch for one trip to the cinema. Like Inception, this one benefits vastly from a second viewing and is likely to have people talking about it in groups afterwards, or drunkenly down the pub. It’ll probably do sales of the book no harm either. If you want to get a sense of what you’re in for, I’d recommend checking out the six-minute extended trailer. It’s a pretty epic trailer, too.