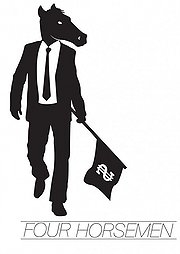 What the hell do we do about the economy? All us normal human beings really know is that the world’s going to shit and there’s nothing we can do about it. It seems that the only solution is to start stockpiling canned foods and Pot Noodles in preparation for the imminent global meltdown. Alternatively, go out and watch Four Horsemen. This insightful documentary from first-time filmmaker Ross Ashcroft ambitiously attempts to give some clarity on one of the world’s most complex issues in a fairly short running time. You won’t come away from it as a master economist, but you’ll certainly be encouraged to look further into some of the topics this film touches upon.

Four Horsemen starts off worryingly. Choppily edited footage of disarray all around the world accompanied by the narrator booming ‘Death, Famine, War, Pestilence… The Four Horsemen are coming’ brings back memories of dodgy conspiracy theory documentaries. Thankfully, things calm down after this shock-horror intro as the film settles into several neatly organised chapters, each covering an issue tied into the global economic situation. There’s no denying that it’s a hell of a lot to take in, but Ashcroft tries to make things a little easier by inserting easy-on-the-eyes cartoons showing, well, how fucked we are unless we overhaul our whole economic system. It can be a bit fast-paced at times, and there are moments where you wish you had access to pause and rewind functions, just so you can make sure that the terrifying smorgasbord of information is soaking in. Lose focus for a second, and you can easily lose track of the whole film.

Stylistically, the film is a neat balance of interviews, archive footage and friendly cartoons. Ashcroft doesn’t do anything unnecessarily fancy, and each chapter is concluded with a neat summary visually highlighting the main points that were made. Aside from the introduction, Ashcroft does not try to shock us into his view by an over-reliance on footage of terrorist attacks or starving African children, and generally does a good job in presenting us with raw economic facts before illustrating how far-reaching their consequences are.

Supporting Ashcroft’s call for a drastic overhaul of the economy is an impressive roster of academics, economists and philosophers. Among them are Noam Chomsky, Michael Hudson, and the wonderfully-named Camila Batmanghelidjh (look, look, she’s got Batman in her name!). These respected voices add weight to Ashcroft’s careful explanations and cartoons, and are more effective than any footage in showing us the severity of the current global crisis. There’s nothing worse than a documentary which terrifies us with its prophecies, then offers solutions that seem light-weight or untenable. Ashcroft’s various concluding suggestions (replace income tax with spending tax, give factories back to the workers etc.) all seem perfectly reasonable to the unwitting viewer like me, but fail to answer the question of how we switch to such a system when the privileged – and most influential – few are perfectly happy with the way things are. Despite the agreement of the respectable old bookworms that he uses for the documentary, you can’t help but think that implementing these drastic changes – changes that, according to Ashcroft, would bring us closer to true, functional capitalism – is at this stage a mere pipe-dream.

Ashcroft shows great intention in this documentary, which is one of the clearest and most demystifying attempts at guiding us through the alien landscape of economics. With the amount of information squeezed in here, you’re better off watching this film at home where you have access to a remote control, rather than the cinema. Four Horsemen answers the fundamental questions, and raises some complex ones, inspiring us to go out and further understand this crazy system we’re stuck in. 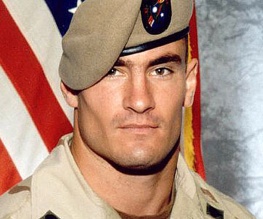