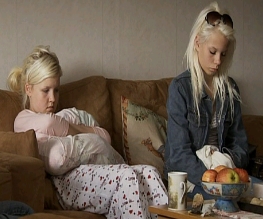 The film opens with a shot of feet. A bestockinged young girl, an older woman in court shoes and a man wearing well, man shoes are talking. Kenny Loggins starts singing in my brain as I wait in joyful hope for the feet to start dancing, eighties style. But Footloose this aint. Rather, Involuntary is an captivating exploration of peer pressure and the power of group dynamics.

Luckily, we are kept interested as there is a lot for us to work at. Not only are there five situations to get our heads around, but due to the fact that we rarely see the characters in full view, instead watching them from behind or from a side profile, it is challenge to establish a connection. Plus, the framing pushes us further away from the scene as we are forced to see the events through devices, such as a webcam or even in the reflection of a car door.

Because Ostlund desires to be active as a spectator, he has created a film to “keep [us] busy” so don’t watch it if you’re feeling hungover. Or if you’re worried about your facebook stalking habit as, at times, Involuntary does make you feel like a perv. Or a peeping Tom at the very least. It’s one thing watching a party which you were not invited to, but it’s another thing watching two young, drunk girls gyrating against each other in the comfort of their own home. We should definitely NOT be seeing that!

Described as a “social comedy of embarrassment”, I would frankly have to say “WRONG-O”. It’s more of a case-study of human behaviour, and whilst it isn’t completely humourless (there is something a bit funny about married men at a reunion getting a little bit fruity with each other), “a barrel of laughs” didn’t spring to mind when I was watching it. I was too busy feeling uncomfortable at watching what I was not privy to.

The seemingly unpolished and naturalistic style is definitely the strength of Involuntary. Whilst there are poignant issues to think about, we never feel like we are being hit over the head by the themes of the film. Rather, like the characters, we can explore the message through the telling of the stories in our own time. The way it is constructed keeps our interest and allows us to piece the fragments together as we discover the strength of the group against the individual. Although don’t let them tell you which line is longer. Believe your eyes.

Previous: The American
Next: The Tillman Story 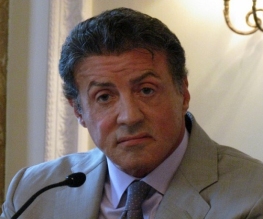 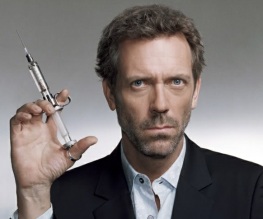