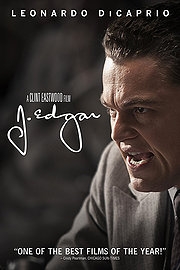 The problem with biopics is that they have to deal with people. Real, actually existed, annoyingly messy people; people who often chugged selfishly through life without a single thought for what the message of their own biopic will be, resulting in their tales being often the least satisfying of any cinematic output. Never quite fact, but never quite fiction, the biopic instead attempts to tease out a satisfying narrative arc by pulling together facets of a personality that may or may not ever have existed. And to be honest, when it comes to the FBI, we just want to watch sexy suits with angry ties go all slick-crazy mental on some Russian stereotypes. Sorry, J Edgar, but that’s just the way it is. So, the year is 192normal DiCaprio face, and Leo Di Caprio’s face couldn’t look more normal. After grafting away for years at the Justice Department of the federal government, his love of counting things and failure with the ladies (well would YOU sleep with DiCaprio? Exactly) means he’s on the cusp of heading up his very own agency: The Federal Bureau of Investigation. With Communist Bolsheviks threatening the very American Liberty that anyone who stands in front of a flag talks about, it’s up to Hoover’s new department to clear up the streets, pursue the cutting edge in forensic evidence and usher in a new age of criminal justice free from the messy restrictions of the existing police force. It’s all a bit complicated, being history and all, so perhaps it makes sense that his tale is also being gravely narrated by an aging Hoover in 197fake DiCaprio face. He’s writing up a memoir for Explaining Narrative reasons, and telling the tale of his life to various junior agents who lower their eyes respectfully and try not to notice the fact that, quite obviously, this is Leonardo DiCaprio with a melted candle on his face. The problem with J Edgar is that rather than confidently building an arc around a chosen story, it flits nervously between the various controversial aspects of Hoover’s life, never quite having the balls to condemn him for his decisions but having no desire to deify them either. The impact his bureau had on modern American government, his turbulent relationship with his deputy/lover Clyde Tolston, his obsession with the power of information and the slightly disturbing influence of his mother (Judi Dench, in the kind of performance she can knock out before she’s brushed her teeth) – all are gently flicked through but never really grappled with, either in Dustin Lance Black’s script or in Eastwood’s direction. It doesn’t help that DiCaprio is far more charismatic as the young Hoover – the scenes between him and his protege Clyde (a cool and calm Armie Hammer) fizz with emotions unsaid, with the possibilities of their combined futures – but even these moments are flattened by the invariable flicks to the future; both actors sitting glumly in big chairs and bigger chins, looking disconcertingly like Dr Bunsen Honeydew and Beaker after some shoddy storage. Don’t get me wrong, Leo puts in as credible a performance as you’d expect, but it never touches the raw emotion of his Howard Hughes. Instead, the constant time jumps mean that you never really get a chance to connect to his J Edgar, and his constant, sanctimonious voice-overs from beneath his flesh balaclava (“history has a way of only remembering the things it remembers to forget” – you know the kind I mean,) ensure that even moments of lightness are swiftly dragged down by the worried weight of artistic intention. Naomi Watts is (once again) utterly pointless as Hoover’s secretary/confidante, and the dénouement – an irritating narrative twist that attempts to justify two hours of past-powdering – only serves to highlight the fact that we’ve basically spent two hours on a story no one believed in. Not sexy enough to be be considered a dramatisation, not ruthless enough to be an exposé and not quite plastic enough to be a puppet show, J Edgar instead spreads itself over every genre going, diluting a potentially explosive story of a obsessive visionary into a po-faced tragedrama. Secrecy, passion, paranoia, love and sacrifice – there’s certainly a few stories worth telling in the history of the FBI, but in its attempt to encompass all of them, both Leo and J Edgar get lost below the layers of artifice.