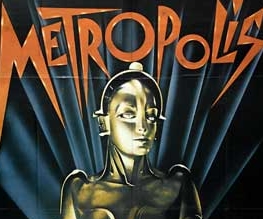 By the late 1920s, the power of film had already been well established. In 1925, Sergei Eisenstein’s Battleship Potemkin (still often considered one of the finest features ever made), had astounded audiences through its pioneering use of montage, juxtaposing images to create emotional responses in a manner previously thought impossible. It was beautiful, it was unique, but – unfortunately for Fritz Lang – running at just 75 minutes in length, it was also incredibly concise. Flash forward only two years, and viewers were just not ready to face over two hours of Lang’s irrepressible imagination. The world of cinema has had to pay the price ever since.

In fairness though, when one imagines living in a time when a night of excess may have involved little more than sipping a glass of brandy by the wireless, it seems inevitable that nothing could have prepared cinema goers for the visual majesty of Metropolis. With its Modernist vision of the future brought to life by model work that still impresses today, the film’s legacy is both widespread and ongoing. No Metropolis, no C-3PO. No Metropolis, no Blade Runner. No Metropolis, no Ghost Busters ‘demon in the fridge’ scene. Seriously. Even Frankenstein style laboratories owe a debt to the film’s signature Art Deco design. The expression ‘ahead of its time’ may often seem trite, but never has in been more relevant than in the case of Lang’s sci-fi masterpiece.

“The mediator between head and hands must be the heart!”

Metropolis‘ plot shares its visuals’ admirable complexity. Part love story, part political allegory, the film tells of young socialite Freder (Gustav Fröhlich), son of Joh Fredersen (the Master of Metropolis, played by Alfred Abel), and his chance encounter with an angelic activist named Maria (Brigitte Helm). Having had his eyes opened to the tyrannical regime that separates Metropolis’ wealthy city dwellers from the workers who live beneath them, what follows is a tale of unity as Freder attempts to close not only the gap between himself and Maria, but also between the classes.

But there is already disquiet in Metropolis, not just amongst the disgruntled workers, but also in the lab of an insane, metal-armed inventor named Rotwang (Rudolf Klein-Rogge). Working together with his old enemy, Joh Fredersen, he creates a robot temptress that has not only the potential to halt the revolutionary movement, but also to assist the scientist with an ulterior motive; revenge. “We shall build a tower that will reach to the stars!”

With the ruling classes looking down on the city from a structure known as the New Tower of Babel, Metropolis is a classic story of man forgetting his place. It is both a comment on cruelty and a warning against temptation. In one essential sequence we see the mistreated underclasses working themselves to a catastrophic demise. Another shows aristocrats leering over Rotwang’s machine woman, whilst figures depicting the seven deadly sins march ever closer to the screen. It all plays out like the most spectacular of ballets, Lang’s direction providing the choreography to Gottfried Huppertz’s sublime score. And all this comes without even mentioning the rediscovered footage, which not only adds much in the way of plot detail, but also extends the film’s climactic flood rescue sequence, making for a far more satisfying conclusion.

The new scenes may not possess the same picture quality as the rest of the film, but it’s fantastic enough to be able to see them at all. Further, consider the fact that many of Lang’s images look as amazing today as they must have done 83 years ago and any complaints are soon superseded by one simple truth: if you love movies, you must see Metropolis.