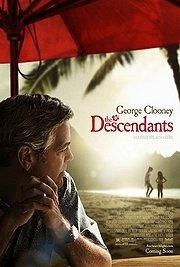 If you listen to the hype, The Descendants (which just picked up a clutch of Golden Globes) is due to win big at this year’s Oscars. You should probably listen to the hype. Although it’s not quite as marvellous as the Academy is likely to think, Alexander Payne’s long-awaited spiritual successor to Sideways is a beautifully nuanced drama shot through with well-judged comic moments. Not everything needs to be profound or gritty, sometimes they’re gently sad and set on a beautiful island… and that’s alright too.

The Descendants opens with a single, joyous shot of a woman (Patricia Hastie) racing across a sun-drenched Hawaiian bay on a speedboat. The next time we meet Elizabeth she’s several weeks into a coma, and her vaguely neglectful husband Matt (Clooney) is doing his best to remember how one looks after a child in between keeping up with his work as a lawyer and negotiating a deal which is going to make his family very, very rich. You see, Matt’s ancestors were Hawaiian royalty – that might not mean much these days, but the colossal tract of land which his family has held in trust for the past century and a half certainly does. New laws are forcing the sale of Matt’s corner of paradise, and as the sole remaining trustee a half-billion dollar deal (and the expectations of his endless waster cousins) rests squarely on his shoulders.

As if this wasn’t enough to worry about, Elizabeth’s doctor (Milt Kogan) abruptly informs Matt that his wife’s coma is permanent. This means that Matt won’t only have to deal with his truculent younger daughter Scottie (Miller), who sends abusive texts to a fat girl in her class (“Everyone knows you got pubes over the summer!”), but with tearaway former drug user Alexandra (Woodley), a teenager who has long been banished to boarding school. And – oh yes, there’s more – Alexandra turns out to have witnessed something rather unfortunate happening between her mother and a man who definitely wasn’t Matt. Is it okay to be pissed off with your wife for cheating when she’s about to die anyway? Paradise sounds a lot more stressful than the brochures make out… Writing that synopsis makes it clear for the first time just how much is going on in The Descendants – which is great, really, since it demonstrates how uncluttered the film feels despite its overabundance of plotlines. Alexander Payne makes the story skip and weave through every potential snarl-up with all the grace of a hula dancer, sliding effortlessly between the disparate elements of Matt’s increasingly hectic life to an accompaniment of traditional Hawaiian music and endless, unashamedly indulgent shots of the gorgeous landscape.

Speaking of Matt, George Clooney really is superb – better by far than in his own film The Ides of March, another likely Oscar nominee in which his character fades into the background in favour of Ryan Gosling. Matt is earnest, believable and dryly hilarious, and Clooney’s not above a little dignified slapstick. It’s his best performance in years. When Clooney’s busy mugging away in pursuit of his Oscar, though, Shailene Woodley is more than capable of holding the fort. The outrageously young and unjustifiably obscure actress gives an emotionally resonant performance filled with genuine rage and frustration – watching her scream out her grief in a beautiful underwater shot may be my favourite five seconds of 2012 so far. Amara Miller is about as good as barely-teenager actresses always are, because we give them the benefit of the doubt, and relative newcomer Nick Krause is enormous fun as Alexandra’s meathead (or is he?) mate Sid. I could go on about the clichés littering The Descendants‘ script, its predictable climax and its irritatingly saccharine dénouement, but I shan’t. It’s bloody difficult to make a comedy drama which doesn’t end up absurdly skewed in favour of one or other genre (for my money, Hollywood’s last truly successful effort was The Kids Are All Right), and Payne has done a marvellous job of it. It might not be the life-changing experience that some of the gushing poster quotes would have you believe, but this is a gorgeous film that’s well worth your time. 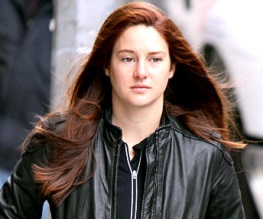