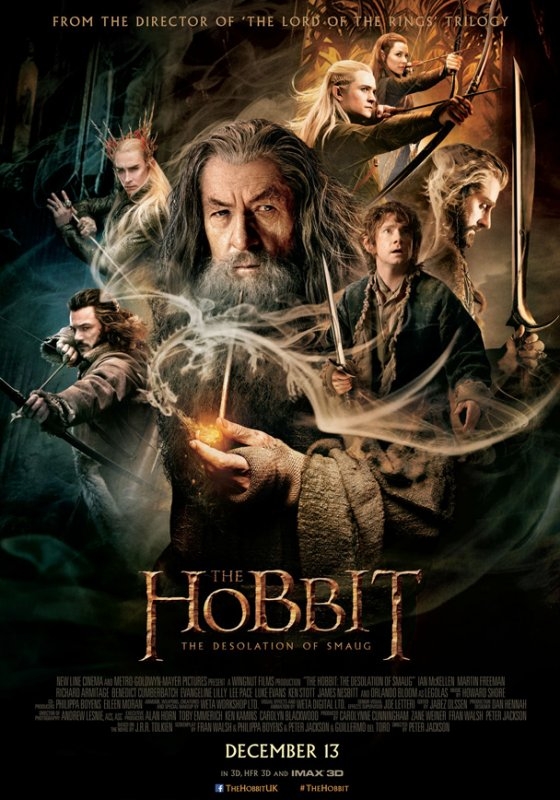 The Hobbit: The Desolation of Smaug is a horrendous mishmash of CGI-dependent action sequences and poorly-paced unconvincing drama; but rather like a dwarf in a river-borne barrel, it bobs along rather nicely. Also like a dwarf, it carries quite a lot of extra flab around the middle, but its unassailable charisma and magnificent facial hair (this analogy seems to breaking down) are enthralling. It’s not going to win any awards; but this film, much more than An Unexpected Journey, shows us exactly why Peter Jackson’s vision of Tolkien’s world is so darn intoxicating.

If you’re up to date on your LotR/Hobbit film-watching (and you should be), you’ll know that Bilbo, Gandalf and the merry band of dwarfs are headed to the Lonely Mountain; and that’s pretty much all you need to know. Desolation keeps up a fierce pace that only occasionally stutters, and for a project of this magnitude, that’s praise enough. Jackson’s true mastery as a director is most in evidence not in the action set pieces, but in a few dark sequences that ooze 20s ham-horror. The gleeful celebration of the gruesome which characterises Jackson’s early work (think Brain Dead) can be glimpsed here and there, and I wished I had seen a little more of it in Desolation.

Legolas has far too much airtime for a character included only to please (and annoy) the fans – he appears not to have lost the Invincibility Star he picked up in Return of the King – remember that bit when he surfed a giant tusk? – being completely, ridiculously badass. Whenever he and Evangeline Lilly (who is actually rather wonderful) are elfing it up, all fear and tension evaporates. Similarly unassailable are the dwarves, who prove impervious to swords, pikes, drowning, dragon fire, arrows and giant creepy-crawlies; thankfully, though, their action sequences are so absurd, so fun and breathtakingly hectic that this hardly seems to matter. The barrel-riding sequence in particular was as exhilarating as the Goblin Kingdom in An Unexpected Journey – a wet, messy, bloody cartoon ride that shows Peter Jackson can pump an audience up like a pro.

The titular Smaug is voiced by the permanently excellent Benedict Cumberbatch, who at no point sounds like himself. Voice modulation to sound like a great dirty dragon aside, his gravely, hypnotic tones lend itself to a sequence. Any time Smaug is on screen is an utter joy. The same cannot be said for poor Ian McKellen, who, as Gandalf, has the weakest storyline in the film – even weaker than the manufactured love story between the ridiculously-good-looking-dwarf-that-doesn’t-wear-a-stupid-nose and Lilly, which is actually lovely. No, Gandalf is left pissing about in some ruins with absolutely no tension or investment on the part of the audience. If I had to struggle to find something nice to say about his role in Desolation, it’s that Radagast the Brown isn’t in it for very long.

Gandalf’s curiously uninteresting story is emblematic of a big problem that lies at the heart of the film – the story hits the ground running from minute one and rarely lets up on the pace, but in the end very little happens. Things you would like more of – more Smaug, more Stephen Fry as the Master of Laketown, more gold, more Evangeline Lilly (I love her biblically) – all feel not quite as satisfactory as they should. This is because we have to make way for long fights with Legolas and Gandalf, and it’s to the film’s detriment.

This is most likely all because The Desolation of Smaug wasn’t meant to exist – however good the last act is, it’s unavoidably the second half of one good film and the first half of the next. Still, when we all have our 9-disc Bluray boxset of The Hobbit Trilogy, none of this will matter too much, and I think that’s really what to take away from this film. Jackson is playing the long game and, as such, isn’t making a film for a cinema experience. Is that something you want to spend £9.50 on? It should be. For all its blatant flaws, The Desolation of Smaug is a chance to spend a mere 2 hours 40 minutes in a land you love, with characters you’ve come to know, with a ruddy great dragon rolling around in gold like Scrooge McDuck, and that’s worth the price of admission.

As to whether the film will stand the test of time, you’ll have to answer that yourself in 15 years when you’ve plopped your ugly kid in front of the holo-TV for a few hours to watch The Hobbit. I guarantee their enraptured wonder at seeing a mountain of treasure will have you appreciating The Hobbit as much as you do The Lord of the Rings.

Previous: Klown
Next: Batman vs Superman vs Wonder Woman 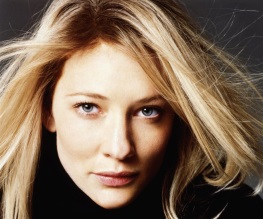