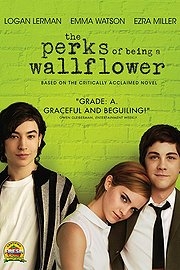 Adapted from his own epistolary novel of the same name, The Perks Of Being A Wallflower marks author Stephen Chbosky’s second feature film, after 1995’s The Four Corners of Nowhere. It is an accomplished effort, with a strong cast and an unflinching approach to his own subject matter, one that may be a little too faithful to the source novel but which most importantly doesn’t dilute the story’s darker elements in pursuit of a mainstream audience. After all, how much more mainstream is it possible to get when your film co-stars Percy Jackson and Hermione Granger, and boasts Brian Fantana in a supporting role.

On his first day of high school, troubled teen Charlie (Lerman) does his best to remain unnoticed as he counts down the one thousand three hundred and eighty four days of high school that remain. Striking up a friendship with his English teacher (Paul Rudd), Charlie endures the taunts of his peers as he finishes assignments ahead of schedule, dares to answer questions in class and takes on extracurricular readings. Finally taking the leap and joining a fellow classmate at a game of American Football, he quickly befriends senior step-siblings Patrick (Miller) and Sam (Watson). As he enters into a their social circle and endeavours to embrace his newfound happiness, Charlie begins to deal with the tragic death of his Aunt Helen and the recent suicide of his only friend Michael.

Eschewing the traditional coming-of-age pratfalls in favour of a more melancholy, meditative take on teenage angst, The Perks of Being A Wallflower is remarkable for its avoidance of the usual bromantic bravado, comic relief and forced antagonism that make all of these movies seem exactly the same. Refusing to shy away from such topics as (non-damaging) recreational drug-use, physical abuse and sexuality, the film is a worthy and worthwhile addition to the young adult genre. It does still leave a fair amount to the imagination, however, and whether Chbosky expects his audience to have read the book or simply didn’t want to oversate a number of the darker aspects, there is an unfortunate amount of ambiguity come feature’s end. 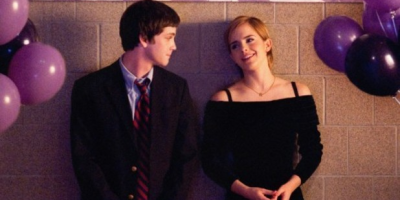 In many ways, Chbosky’s authorship over the source novel is the film’s undoing. It would be a mistake to suggest that the narrative is entirely free from cliché, and most of the film’s most jarring elements derive from its hackneyed ideal of adolescent cool. It’s a good thing the director has such a strong soundtrack to dictate our heroes’ feelings, as the script often struggles to express emotion in any identifiable way (“Right now we are alive and in this moment I swear we are infinite”). Urgh. Even keeping in mind that the film is set in the 90s (the novel was published in 1999), it still feels rather dated; characters harp on about the superiority of vinyl, they write using a typewriter and act along to The Rocky Horror Picture Show. The film is at times overbearingly nostalgic, but worse than that it is not always clear who the nostalgia belongs to: Charlie or his possessive creator.

While Chbosky struggles to tell a story with more than anecdotal appeal, however, his central trio are more than capable of making the characters their own. Lerman fares well in the leading role, breathing real honesty and depth into a part that occasionally gets stuck on the wrong side of maudlin. The scene in which he silently psychs himself into sitting next to his classmate is particularly well played. Watson impresses too, overcoming a stilted American accent to flesh out a character that’s considerably more approachable than Harry Potter’s belligerent bookworm. Unsurprisingly, it’s Ezra Miller who steals the show as the theatrical Patrick (or, as he would have it, The Falcon). After terrorising Tilda Swinton in We Need To Talk About Kevin, he reinvents himself as possibly the most amiable person imaginable — although, as with the others, there is more to him than a wonderfully flamboyant façade. 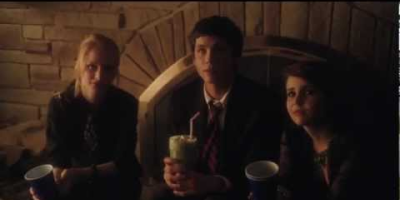 A number of reviews have paid excessive attention to the apparently music-literate characters failing to recognise Heroes by David Bowie, but this becomes slightly less inexplicable when you consider that Chbosky was himself an adolescent when the record first hit the airwaves. The Perks of Being a Wallflower is evidently a very personal story, yet there is still much to enjoy even if it isn’t quite possible to invest entirely. Indeed, possibly the most jarring part of the movie is the title itself; I failed to count any perks of being a wallflower.