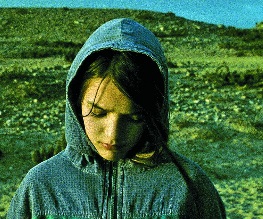 Thursday Till Sunday, directed by Dominga Sotomayor, follows a family as they take a trip over the course of four day. Told through the eyes of 10-year-old Lucia (a mesmerising Santi Ahumada), she witnesses the slow breakdown of her parents’ marriage as they journey to the north of the country. Lucia’s parents, Fernando and Ana, are both desperately seeking something in totally opposite directions: him; a desire to visit the land left to him by his father; her, an unknown destination which forces their relationship to breaking point.

Ultimately this is a very indulgent film. The entire 94 minutes are made up of sparse dialogue and lingering shots on all sorts of things: think sprawling, sun-scorched Chilean fields, a sing-song round a campfire, Ana and her young son Manuel (Emiliano Freifeld, cute as a button) changing for bed, Lucia’s bedroom, a quick dip in the river. We are made to look for extended periods of time at places where not much is happening. If you like that sort of thing, you will love this aspect of Thursday Till Sunday. Chile is clearly a beautiful country, and the film is the ideal travel agent’s advert.

However, looking stylish does not an engrossing film make. The lengthy periods of silence are fine to begin with, but they start to settle on the viewer in a not an entirely entertaining way. One could argue that this is the whole point – seeing the story from Lucia’s viewpoint means we are only going to get snippets of what went wrong in her parents’ marriage. Tiny things lean toward what that might be. Ana, stoic for much of the film’s first quarter, brightens up when she encounters an old friend on their travels. She cries freely in front of him, whereas she refused to shed a tear after Fernando shut her hand in a car door earlier on (the film’s most ‘action-packed’ scene). One spends the whole duration waiting for little clues such as this to culminate in some sort of confrontation, some sort of ‘spelling out’ of what caused them to rub each other up the wrong way so often. Sadly, it never comes and you can’t help but feel massively cheated. 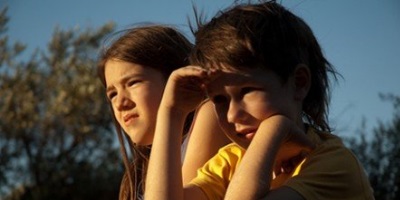 This shouldn’t be seen as a knock on the actors’ part. Paola Giannini is charming as Ana; a beautiful, free-spirited, loving and frustrated earth mother; who’s constant pulling away from and drawing back to Fernando is as maddening for the audience as it is for her husband. Her family are clearly in danger of losing her (almost literally at one point towards the end), but we never quite find out why or to what. Which is either part of Thursday Till Sunday’s charm or downfall.

Francisco Pérez-Bannen puts in a decent turn as Fernando and – like the majority of this film – it is all about what he doesn’t say. Every silence seems to crank up the grim determination of his journey to the father’s land. Or something like that, anyway. 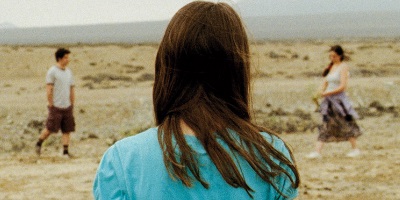 The star here truly is Ahumada. She reminds us of the playful spirit of childhood, yet it is tinged with sadness due to her sensing that her parents are headed towards separation. In one touching scene when she is studying meadowlarks with a friend, she comments that ‘birds are so lucky’. Perhaps she is talking of her wish to fly away from the uneasy situation she has found herself in. Maybe. It’s obviously hard to tell as SO VERY LITTLE IS SAID.

In summation, Thursday Till Sunday is truly one for connoisseurs of foreign cinema, or cinematography fanatics who are all about the way a film looks. They will love this indulgent advert for north Chile. But, sadly, they won’t get much more than that out of it. Looks aren’t everything Castillo – you’d do well to remember that next time…

Previous: Orange(Wednesday)s and Lemons #104
Next: Dragon