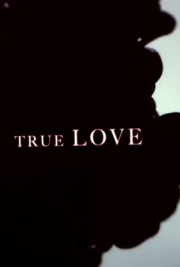 It would be wrong to say that we recently stumbled across True Love. A disc landed on our desk ages ago, only to be sent to a freelancer and never seen again. But we’ve finally got round to watching it; and thank heavens we did. Atmospheric, unnerving and elegant, True Love takes a disarmingly simple premise and turns it into one of the best shorts we’ve seen in years.

It’s late, and Adam (Cameron Harris) is drowning his sorrows. He can’t work out what’s going on with his girlfriend Claire (Eloise Black) – last night she came home in the early hours, drunk and secretive, refusing to tell him why she was so drunk or who she’d been with. Adam confides in a genial old man at the bar, who recounts the story of his own first love and how he made sure things would never go sour. But will Adam let his relationship slide, or do what’s necessary to save it?

Trying to write a full review of a short film is an odd business. True Love is just eleven minutes long, so it necessarily dispenses with the frills and furbelows which would adorn a full-length adaptation of the same story (the tale in question is this, a very short story by Alex Barber). And whilst that means, admittedly, that we are denied backstory, characterisation and so on, the immediacy of this medium suits True Love perfectly. There’s no time to deliberate, because the hour is upon you; no time to wonder what on earth is going to happen, because it’s happening already. Flitting expertly between two timeframes, writer-director Mark Triller does a phenomenal job of gradually building the film’s energy, embracing the limitations of his running time to create something astonishingly evocative.

With so little time, so little space and so few actors (there are five named parts, although one is entirely silent and another has perhaps five words of stammering monologue), nothing in a film this size can afford to falter. And, happily, nothing does. The performances are universally strong, although only Skym, the old man at the bar (you might recognise actor Peter Charlton from his brief role in The Human Centipede: Full Sequence) really gets a chance to make something of his character. That’s not necessarily a criticism – the central couple are ciphers, a believable but identikit pair that could easily be me and my girlfriend, or you and yours (correct genders as appropriate). Visually, the mise en scène is stark and unsettling without descending into campy noir shadow-porn, and the understated soundtrack is similarly engaging, hinting at dark moments to come without ever having to hammer the point home.

Despite being a couple of years old now, True Love will be screening at the 2014 American Online Film Awards; we’ll shove up a link in due course so you can watch it in full. But for now, we’ll be watching the careers of Mark Triller and his team with great interest. This is the sort of short that everyone coming out of film school should be aspiring to make – a concise, memorable visual CV that stretches the limits of what can be done with ten minutes and a handful of lines.

Previous: The Who documentary is first film in Sundance London lineup
Next: The Wolf of Wall Street