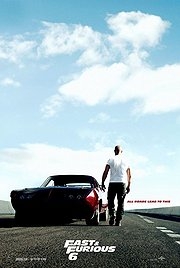 Fast 5 wrapped with Dom and his ragtag family coming out on top with millions in the bank and a life of luxury on the horizon. The 6th part of this saga opens on Agent Luke Hobbs (Dwayne Johnson) as he investigates the latest crime scene left behind by the new thorn in his side, former Special Ops soldier Owen Shaw (Luke Evans). In order to fight fire with fire, Hobbs tracks down Dominic Toretto (Vin Diesel) for help, baiting him with a chance to recover the not quite dearly departed Letty (Michelle Rodriguez) and sweetening the pot with all round pardons that will guarantee their return home. It all becomes a bit easier said than done however, as Shaw proves to be a quarry with mad skills, tight resources and no code or conscience. 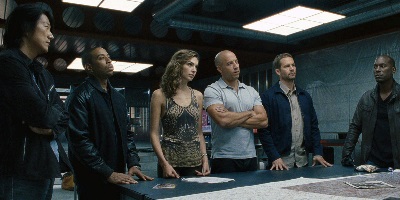 With most series, having the number 6 in a title usually means a straight to DVD embarrassment – it’s pretty safe to say that F&F is in a league of its own. Every component that has made these films a success are kept alive and well in Fast Six. Waiting for those flinch-worthy fights? It’s got ’em in spades and even tosses in a couple of cat fights for good measure. Want cars that’ll leave you dribbling in your seat? They’ve lined up a host of BMW M5s, our very own Jenson Interceptor, a rally style Ford Escort and the gorgeous Dodge Daytona for you to get your perve on. Looking for stunts that are just plain ridiculous? Are the words “tank” and “plane” enough of a tease for you? Yes, Fast & Furious 6 does exactly what the F&F franchise does best, gives you the kind of ride that will have your palms sweaty, your breath caught and the biggest grin on your face. 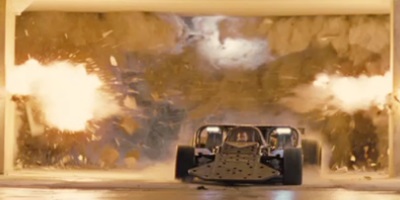 And yet, that’s not the only draw. The franchise has always seemed to have a knack for balance: the car fetish has never overshadowed the intrigue and intricacy of the heist, which in turn has always found its roots in the warm fuzzies of family values (4 was all about vengeance for Letty, 5 was based on providing for Mia and the baby). This same principal has been applied to the cast, who are not only stars in their own right but have grown into characters that we feel more than a little invested in. So while the focus remains on the characters of Dom, Brian, Hobbs, Letty and Shaw, there is still a fairly good attempt made at giving everyone their moment or two to shine, playing to their strengths in order to ensure that none of them get relegated as superfluous to the story at large.

Having said all that doesn’t mean that there aren’t a few gripes to be had. Yes, F&F has always been about pushing the boundaries of credulity for the sake of jaw-dropping action – but this time around they’ve actually included a stunt that is so incredulous it breaks all connection. The reasoning behind it might be poignant and the relevancy to the story maybe sound but messing with reality to that level sticks out like a sore thumb and seriously hinders audience enjoyment. The other thing that irks is a lack of direction to the female characters who are purported to be real representation of tough, independent women. Other than a few flashy moves, Gisele never really gets to live up to her history of being an agent of Mossad while Letty, who has a history of being an integral part of Dom’s thievery, is left floundering and completely undefined within Shaw’s. 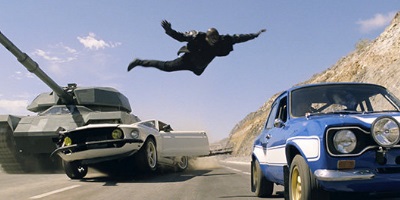 And still, as you walk away from Fast & Furious 6 you will find that you have either forgotten or just simply forgiven any and all hiccups along the way. It does a grand job of keeping you at the edge of your seat while simultaneously coming full circle and inserting itself seamlessly into the already existing timeline. With each new addition to the story, our fascination with these larger than life characters grows, making this a NOS-charged blockbuster that will leave you hopped up on your own endorphins and twitching till the next hit.