Let’s get this clear right away: if you’re looking for a laugh-out-loud feel-good romp, then kindly disregard the number of stars at the top there and step away from this review. You won’t enjoy this film. There are maybe half a dozen moments where you might actually laugh across the whole film, and even then only if you had the most twisted sense of humour. But if you do have a messed up funny bone, then you are going to love this film.

So, in a true stretch of credibility, Mark Doherty (the actor) plays Mark (an actor), who is caring for his brother David, played by his brother David. Predictably enough, the film is so meta that by the end you WILL be wondering if Mark Doherty ever killed a man. Anyway, fictional Mark is down on his luck, behind on his rent and fighting with his girlfriend Sally (Huberman). His (fictional) brother David is a quadriplegic, so that’s another problem, not to mention his best friend Pierce (Moran) is a “Writer slash director” with a deep and abiding absence of feck.

They all live together in a house that is coming apart at the seams: an absolute (soon to be literal) deathtrap. The first half hour is spent demonstrating all the various ways the house is in disrepair, the rest of the film is spent having them kill everyone Mark and Pierce care about, while the bumbling pair try to figure out how to make it not look like they are responsible for the rapidly expanding pile of corpses. This is set up as a classical farce in almost every way, except instead of the vicar walking in just as it looks like someone’s kissing someone else, there’s the police responding to a noise complaint just as they’re about to move a body. The emphasis on profoundly unlikely happenstances and awful timing might potentially spoil this movie if it wasn’t so cleverly lamp-shaded. Euphemistically referring to their situation as assorted “film ideas”, Pierce decries it as “a farce – nobody does those anymore”.

Dylan Moran steals the show, of course. He only really plays variations on Bernard Black, but he plays them so very well. “Hello, my name is Pierce and I… sometimes do things that an alcoholic might do” he mumbles through an AA meeting before nipping off to the pub. Mark Doherty definitely holds his own, though: he may be playing a very passive character, but Doherty has not trouble taking control of any scene he needs to.

At its heart, this is an extremely amoral tale about friendship and ambition. At no point does the ‘right’ thing to do even really come up as Mark and Pierce struggle through the practicalities of making sure forensics makes it look like they didn’t murder the people that they didn’t murder. No-one really gets their comeuppance, and no lessons are learned, except maybe the lesson that if you don’t take control of your life and do something with it, your house will kill everyone. 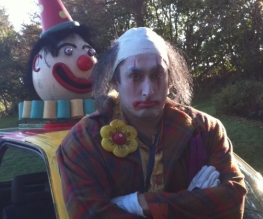 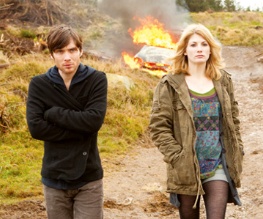 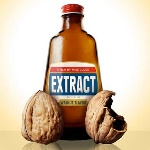