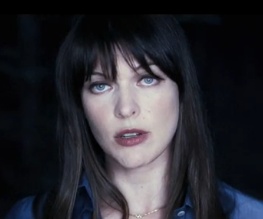 Ah, that immortal caveat: Based On Real Events. It’s so vague and muddy it can’t help but make you suspicious, especially when the precise nature of the real events a film’s purported to be based on are generally left unexplored. “Based” is also so vague and muddy it could mean pretty much anything, viz: The Dark Knight is based on real events, specifically when a spot welder from Mile End named Wayne drunkenly chinned a clown at the Notting Hill Carnival in 1987.

It was real spooky… honest!

A little internet digging reveals that pretty much the only basis in fact that The Fourth Kind can claim is the disappearance of several people in the Alaskan town of Nome, since attributed to the survival-unfriendly mixture of too much booze and way, way too much freezing Alaskan wilderness. This has certainly soured the film’s reception – even the existence of the ostensibly real main character, psychologist Abigail Tyler (played by Milla Jovovich), has been doubted.

The film itself is a heady mix of dramatisation and self-styled documentary footage, charting Tyler’s investigations into mysterious connections between the disappearances and alleged abductees. Her findings turn increasingly sinister, she’s obstructed by the local authorities and then, as spiralling madness looms, the space invaders turn their attentions to the doc herself.

Had The Fourth Kind not worn its heart quite so pleadingly on its sleeve, chances are it wouldn’t have received such a universal panning. As it stands, the film itself isn’t bad – it’s no towering masterpiece, but as an effective little shocker with a few genuinely creepy bits, it works. Yet director Olatunde Osunsanmi invests so much time selling the real-world, honest-to-God reality of the thing, you can’t help but feel distanced. He really shouldn’t have bothered; it’s like claiming Spider-man 2 is a nature documentary, and feels cheap and dishonest.

The Fourth Kind is a safe, uninspiring little thriller that could inject a few chills to a wet Wednesday afternoon. As some sort of documentary proof, however, it’s laughable. 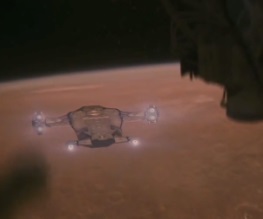