Dawn of Evil: Rise of the Reich 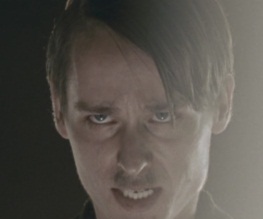 Dawn of Evil: Rise of the Reich is not even on IMDB which, as a reference, has Cannibal! The Musical on its listings. This should give you some idea of the level of obscurity we’re dealing with. Director Urs Odermatt attempts (and fails) to show the life of a young Adolf Hitler, as his dreams of being a painter are side-tracked by a good knowledge of rhetoric and a nifty moustache. Adolf (Schilling) moves into a boarding house in Vienna in the 1900s, and tries to apply for a place at the Fine Academy of Arts. Unsurprisingly, because his drawings of people look like misshapen bananas, he is rejected, instead deciding to prise blond beauty Gretchen (Unterberger) away from the withered old grip of Jew Schlomo (George). Adolf spends a lot of time stealing bread from little girls before realising his calling lies in politics, and assembling a motley crew of paedophiles and anti-Semites, begins his campaign of terror. The hopelessness of the film lies in its complete non-understanding of how to juxtapose the dramatic and comedic. When Adolf, disgusted by his poverty and general uselessness, attempts to hang himself off a bridge using a rope, HE ENDS UP ACCIDENTALLY GOING BUNGEE JUMPING. This film is seven shades of insane, and what’s worse, it knows it and just doesn’t care.As Hitler slowly grows more powerful, he imprisons Scholmo for writing lies about him in his book Mein Kampf. Oh, you thought Hitler wrote that? Well, not any more, because Dawn of Evil and it’s astonishing historical inaccuracy is here to set the record straight. Anyway, instead of revealing where his damn book is, which to be frank sounds pretty terrible (quick excerpt: thy breasts are like two goblets bestowing sweet milk), he’s like, no, I’ll just lie on my prison bunk thoughtfully stroking a chicken. Mere minutes before the end the tone suddenly changes, and two Jewish men, who five minutes earlier had been chuckling at Hitler as he dangled from a rope, are now in striped pyjamas, waiting to be gassed. It is so incredibly unreal. The parting shot is of the two men walking hand in hand down the corridor of a concentration camp, describing their ideal banquet which ends with the perfect line: ‘and they don’t give you a chance to shit.’ WHAT. I gave it one star because it did make me chuckle, and Tom Schilling really commits to the whole pale, clammy psychotic thing. In fact, I’d recommend it if you’re Jewish, and feel like being really offended for an hour and a half.

Previous: Invasion of the Not Quite Dead Indie Film Makers
Next: Brighton Rock 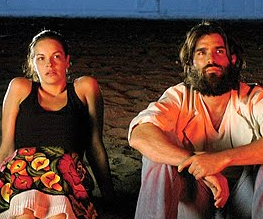 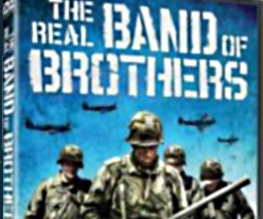