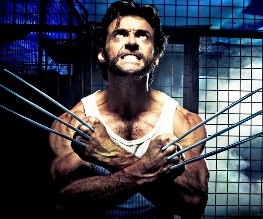 Damn you George Lucas! No, not for making the Star Wars prequels and casting a Canadian Redwood as the Dark Lord of the Sith. And not for flogging a dead, Indiana Jones shaped, horse in The Kingdom of the Crystal Skull. No, we damn you because as the Godfather of the franchise you are directly culpable for Ratnerised X-Men: The Last Stand. It’s complete uselessness is the reason we’ve been treated to this Wolverine prequel (and, if rumours are to believed, a sequel to the prequel plus a Magneto movie as well). An entirely new franchise of an existing franchise – great, just what we’ve always wanted!

The film centres on James Howlett’s (Wolverine) life before the X-Men. Focusing on his relationship with his half-brother Victor, aka Sabretooth (Liev Schreiber), his involvement with the Weapon X programme – which gave him his adamantium skeleton – and his quest for a normal life (under the new name Logan). All of which are pretty much engineered or interfered with by military scientist William Stryker.

Wolverine is one of the most interesting comic book characters ever created and here was a real opportunity to showcase the more interesting aspects of his personality. Unfortunately what we get is some brotherly angst, mutant cameos and the “pivotal” moment Wolverine gets his trademark leather jacket. Even though there happens to be a Michael Bay-level of explosions which were probably there to distract us from the fact that there’s little point to the plot. It’s, in essence, a 107 minute snorefest.

Jackman never disappoints as the brooding Logan – a role he’s been playing since 2000 and Schreiber brings psychopathic menace to his version of Sabretooth, more in line with his comic book depiction than Tyler Mane’s growling in the first X-Men movie. It’s just a shame that a shabby script, one dimensional characters and excessive mutant cameos means the film never really gets off the ground. One for the franchise addicts only we’re afraid

Previous: Crimewatch Goes On The Hunt… For Actors
Next: I run a couple of newspapers… What do you do?