Elijah Wood is Frank Zito, owner of Angela’s Mannequins and a serial killer with a fetish for scalping. His victim of choice is young women with a certain look of promiscuity (so skimpy clothes and high heels are a definite no-no). Having had a front row seat to his mother’s various sexual encounters, he is (unsurprisingly) disturbed, suffering from disorientating flashbacks and hallucinations. One morning he meets Anna (Nora Arnezeder), a french artist who seems to be in tune with his fascination for mannequins. She enlists his help in fleshing out her next exhibition and a friendship soon blossoms. Despite having found a woman who he might be able to form a normal relationship with, Frank is unable to disengage from his obsession or halt his murder spree, leaving innocent Anna caught in the cross-fire of his warring desires.

Maniac is filmed solely in first-person point-of-view. It’s an interesting technique to adopt. On the one hand it gives us the chance to truly see the world through Frank’s eyes. We become a part of the disturbed mind, diligently hunting and tracking the young girls that have caught its attention. The kills themselves become a much more uncomfortable experience, the up-close-and-personal nature of the act making it cringe-worthy for even the most hardened of gore fans. For most of us, horror films can be a bit of fun just because of the spectacular death scenes it requires. Taking away this voyeuristic indulgence depletes the delight (as well it probably should) and removes any possibility of fear. While most films of this genre will generate their frights through the sudden springing of the unknown, in Maniac there is nothing left to creep about in the shadows because we are it. The only time you’ll get any sort of a jump is when Frank manages to freak himself out. 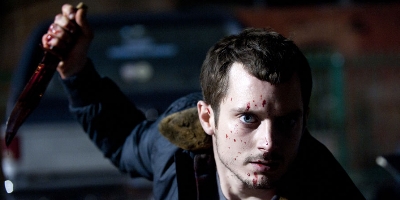 At the same time, this POV severely hinders Elijah Wood’s performance and thus our connection to the main character. We really don’t see much of him, our main interaction being through the sight of his scarred hands, the sound of his heavy breathing and  the occasional glimpses in mirrored surfaces. It would have been interesting to see what Wood could have brought to the monster if we had been privy to his physical performance. Would baby-faced Elijah be able to portray the necessary menace of a murderer before he switched to the alter-ego of mild-mannered charmer? The script even lays out a few moments where Frank’s delusions get the better of him, but, instead of creating a sense of connection and maybe even sympathy, the hysterical shouting he responds with just feels melodramatic and empty. There is only so much emotion that a voice can convey and however dramatic, it can never truly capture the same effect as seeing eyes go cold or an expression turn murderous. Wood has played a psychotic before (the cannibal Kevin from Sin City) but even then he didn’t really get to go wild with it; one, because of the brevity of the scenes and two, due to the repressed nature of that character. Maniac‘s use of first person POV again allows him to shy away from truly delving into a character that is so far removed from the sweet and timid Frodo we all know and love. 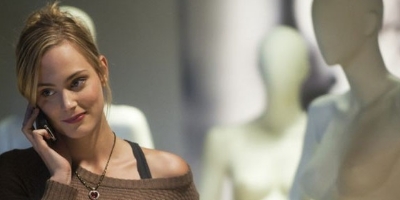 This choice of first-person view also severely limits the rest of the actors involved in Maniac. Nora Arnezeder is the best of the lot, not letting the camera fumble her performance as the sweet and engaging Anna. We can see why this free-spirited photographer would attract the positive attentions of a man like Frank. The others, however, don’t achieve the same level of skill and instead leave you feeling like you’re watching bad reality TV (and this is probably very much the case with Genevieve Alexandra who only has the god-awful Piranha to her name). Admittedly, interacting with an inanimate object can be limiting but, ultimately, it can’t be an excuse for wooden performances. After all, look how well Peep Show does. 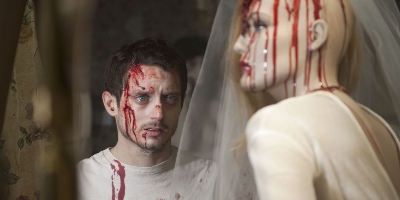 At the end of the day, Maniac may be a novel take on the mind of psycho, but its directorial decree of first point of view let’s it down. The method will lessen your empathy for the victims involved and reveal nothing of real importance concerning the maniac, which makes this a work that is uncomfortable and irritating rather than interesting and enlightening. SO! One star for being a crappy horror movie. One star for kills that induced a flinch. And half a star for trying out something new.

Previous: Ant-Man footage leaks!
Next: Beyond The Hills 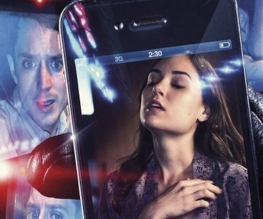