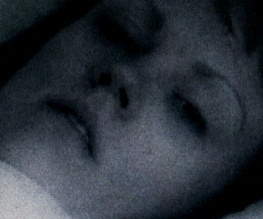 After it’s almost unprecedented (and certainly unexpected) performance at the US box office,  Paranormal Activity has been touted as the next big thing in Horror. Taking its cue from a previous phenomenally successful film, namely 1999’s The Blair Witch Project, Paranormal Activity utilises the Blair Witch schtick of “found footage”. Its shaky, hand-held camerawork purports to depict real events, a technique that (in the right hands) can truly get under the skin of Joe Cinemagoer and create a vivid, long-lasting impression.

A Walk The Park

Where Blair Witch was a walk in the woods, Paranormal Activity firmly grounds the Gonzo camerawork in the domestic setting. The film sees young couple Katie and Micah (Katie Featherswone and Micah Sloat) filming around their house a San Diego. Ever since she was a girl, Katie has been plagued by hauntings, the uncorroborated feeling that something has been following her around. Micah, supportive but sceptic, agrees to set up a camera to see if they can catch the spook on camera. Suffice to say, it doesn’t turn out to be the caretaker who was nice to them at the beginning wearing a mask.

But it’s not just The Blair Witch Project that Paranormal Activity takes its inspiration from – this is classic slow-burn horror in the same vein as The Exorcist. There are no dismembered corpses, gore-splatter or prosthetic beastie to deliver the chills; Paranormal Activity relies on pacing and understatement, and boy, is it ever good at that.

The sense of brooding horror – and the escalation of events – are in turn both horrifying and chillingly captivating. This feeling of unease comes from the merest things – shadows, soft noises, lights turning on – humdrum and everyday occurences that are given a veneer of nightmarish suggestion by Oren Peli’s skilful, tight direction. We’d definitely say that first-timer Peli is one to watch, provided he stays true to his low-fi roots and doesn’t blow his wad on some noisy, crappy franchise-starter.

The acting here is passable, but nothing too impressive – then again, this benefits the whole film’s feel and so isn’t of place. Scenery chewing would have stood out a mile off. Another deficiency is the substance of the film – there really isn’t anything here beyond providing a few frights, and though they’re genuine you might find yourself feeling a little shortchanged in terms of plot and character. But in many ways, that’s incidental to what the film wants to be, and it all builds up to a suitably crap-your-pants finale.

Hard and shock-proof as we are, we sat down in front of Paranormal Activity expecting something genuinely new and frightening. We generally go out of our way to find and expose ourselves to the most vile and depraved things committed to camera, so we reckon we’re a little inured… and therefore a bit disappointed. Doubtless there’s much to enjoy – and be frightened by – for those who haven’t bid for every single Troma release on Ebay. For true horror buffs, however, this isn’t much more than a bit of a distraction. Still, any film that can make us think twice when hearing a bump in the night has gotta have something going for it. Normally we’d have just leapt out of bed with a knife between our teeth; after Paranormal Activity we pulled the covers up a bit. Just to make sure, you understand.