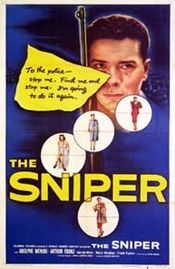 Over the years, we here in the West have learned a hell of a lot from Hong Kong action cinema. The films of John Woo and Hark Tsui have been hugely influential in defining Hollywood action flicks since The Matrix and we owe a lot to them. However, since we started stealing their best filmmakers, Hong Kong’s supremacy in the genre has faded. The Sniper is by no means a bad film, but it’s a far cry from the films from that region that have wowed us in the past. It instead feels like a giant derivative pie made of action film cliches that we’ve seen a million times before.

The story revolves around a trio of snipers, each with his own vague back-story that is presumably intended to make them more empathetic. OJ is a young cop whose sharp-shooting skills get noticed by a member of Special Force – an elite sniping division used in law enforcement operations. The division is run by Hartman (Richie Ren), who has a chip on his shoulder over the fact that another sniper, Lincoln (Xiaoming Huang), is a better shot than him. Lincoln, however, left the division in disgrace several years earlier, and is out for revenge on Hartman, who he deems responsible for his dismissal.

With a relatively linear plot like that, there’s good reason to fill the film out with enough action set-pieces to blow your mind to the point that you forget about the crap narrative. In fairness, there are plenty of them in the film. The sniping scenes are sufficiently tense, with us being constantly aware of how breathing, wind and other factors affect the final shot. The editing is apt enough to make each sniper showdown suspenseful, but it just doesn’t count for much when we don’t give a shit about the protagonists. Creating three back-stories for three different heroes proves too much of a task for director Dante Lam, best known for his brutal 1998 action thriller Beast Cops. While Hartman has the usually heart-prodding combination of a sweet kid and suicidal ex-wife, these elements are so underdeveloped that they’d have been better off left out. OJ’s character development goes as far as us knowing that he wants to be the best sniper in the whole universe… ever! In fact, it’s the villainous Lincoln who has the most intriguing backstory, as his time in jail has driven him mad to the point of (SPOILER ALERT) hallucinating that his dead wife is encouraging him to take revenge on the Special Force. Even then, the scenes of emotional depth fall back on unoriginal and tired imagery (photos of happy couples, swelling music, speechless smiling etc.) that makes them impossible to take seriously.

For all its lack of human interest, the film moves along at a good pace, keeping moments of downtime short and sweet in between decent action sequences. At points, The Sniper slips into 80s American action film territory, with images of sweaty men running around in camo, narrating some tosh about how all men are competitive and want to be the best (one of the sniper squad members is even called Iceman). Unfortunately, the faux-machismo on show here lacks the kitsch appeal that made those kinds of films timelessly appealing. That being said, the synthy soundtrack may force a nostalgic smile onto some people’s faces. There isn’t enough dynamism, plot originality or acting talent to make The Sniper a memorable film. It’s very easy to watch, with little time being wasted on the anaemic plot in exchange for some enjoyable all-out action. This culminates in a climax that comes close to matching the kind of action cinema we’ve come to expect from Hong Kong. The problem is that by this point we really don’t care which of the one-dimensional heroes lives or dies. As such, the film feel more like a snipers’ shooting range with cardboard targets than an intense thriller involving actual human subjects.