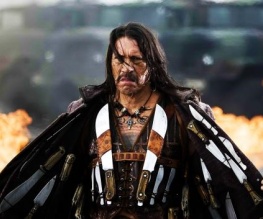 Coming about thanks to a great audience reaction to one of the fake trailers attached to Robert Rodriquez and Quentin Tarantino’s Grindhouse double bill, Machete is Rodriguez’ tale of an ex-fedarale, set up, left for dead and out for revenge. It is a tribute to the 70s exploitation movies which are such an influence on Rodriguez, and fans of the director’s work will find plenty to love here.

Machete is a film which really needs to be judged in the context in which it is intended. It is a movie which has a clear idea of its target audience, who are catered for perfectly with tonnes of women, explosions and gunfights punctuating the admittedly corny and predictable plot. The story does suffer slightly from an identity crisis, at one moment attempting to deliver heavy-handed political commentary, but then fading into the background as the action revs up. When taken in the right spirit, however, this does not detract from the overall experience so much as add to it – in short, Machete is some of the most awesome fun to be had at the cinema this year

Danny Trejo excels in the lead role of Machete; physically imposing and with a serious don’t-mess attitude. Trejo is an immensely popular actor, and this is a lead role he is long overdue. Jessica Alba and Michelle Rodriguez are also both excellent in their roles as an immigration officer and a freedom fighter respectively, whilst Steven Seagal is suitably menacing as the main villain – his wooden acting skills suiting his part well. Lindsay Lohan’s turn as a drug-addled amateur porn star is sure to raise a few comments, and Robert Di Niro seems to be having great fun as a slippery US senator. The ever-popular Cheech Marin pops up as a gun-toting priest, and is treated to the central role in one of the film’s best executed set-pieces, a shootout amongst the pews of a church.

The frequent action scenes are fast-paced and violent, and Rodriguez avoids the incessant fast cutting and too-tight camerawork which action directors today seem obsessed with. These are the sequences on which films like this live or die, and Machete does not disappoint. Lurid and brutal, the action comes thick and fast, with some real crowd-pleasing kills cropping up wherever you turn.

The cinematography is exactly what we have come to expect from a grindhouse picture, with lurid colours and dusty desert settings working in tandem with the thumping soundtrack to create an exciting 105 minutes for the audience.

Where Machete falls down occasionally is in its pacing. There is a fairly long section in which Trejo is hardly on-screen, and the plot exposition is laid on rather thick, but this really only causes a slight stumble. The really pivotal aspect, which will delight fans but perhaps just confuse newcomers, is its highly self-referential nature. Cast members from Planet Terror return in almost identical roles, and references are made to From Dusk Til Dawn, El Mariachi and Desperado. It should be pointed out that some scenes are lifted wholesale from the latter film, and it is this over-familiarity which could alienate new viewers.

Anyone who loved Planet Terror, and who is a fan of this kind of exploitation film will love Machete, but if you are not familiar with the work of this director or the grindhouse aesthetic as a whole, this is not recommended as a starting point. As it is, devoted fans of this kind of cinema (such as myself) will welcome the news that Rodriguez is already writing the sequel, and will be eagerly awaiting the next chapter in what will hopefully become an ongoing “mexploitation” saga. 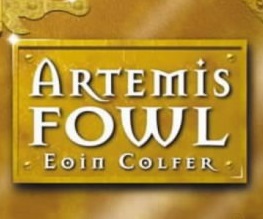