Nanny McPhee And The Big Bang 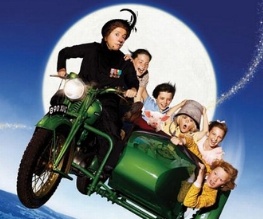 Released in 2005, the original Nanny McPhee was a strong successor to Mary Poppins in every way. Adapted from the Nurse Matilda books by Christianna Brand, the film pitted seven mischievous tykes against an ugly woman with a snaggle tooth, warts and an oversized nose, who had a few tricks up her sleeve when it came to childcare. Susanna White’s colourful sequel casts an even more bewitching spell, introducing the mysterious nanny to a family in crisis in wartime Britain.